The Nazis did not invent euthanasia. They copied it from liberal eugenicists in Britain, America and Scandinavia. These liberals were motivated by humanitarian desires to help people with lives that were considered not worth living. 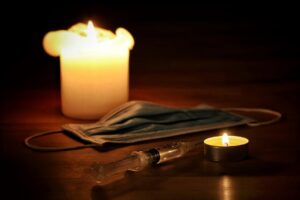 In a strange irony the issue of euthanasia was recently raised through two contrasting news stories.

Tony Nicklinson lost his case to die in a manner of his own choosing. With locked-in syndrome, he felt that his quality of life was intolerable.

At the same time, however, a separate case went before the courts. Doctors had recommended that an heart-attack patient not be resuscitated, because he was in a persistent vegetative state.

His family objected, because they had not been consulted – and as Muslims they believed that life should be preserved, until any hope of recovery was gone.

It seems a terrible dilemma.

I find it hard to imagine anything so terrifying as having locked-in syndrome. This is the condition where you are paralysed, unable to communicate, but also, and horrifically, completely conscious. 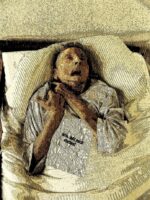 Sometimes, as in Tony Nicklinson’s case, some minor movement, of the eyes for example, may provide a basis for minimal communication. But the quality of life and the pain are intense.

The question is whether doctors should be permitted to assist in ending someone’s life who is in this, terrible but non-terminal, condition.

The two cases were different, in two ways. Firstly Tony Nicklinson was able to signal his desire to terminate his life, while the other man was unconscious, and could not be consulted.

Secondly, the cases highlighted the difference of principle between actively terminating a life, as in Nicklinson’s claim, and the more passive approach, of allowing a patient to die by withholding life-support.

In practice the distinction is hard to make. For example, in terminal cases, morphine is often used as a pain-killer, but knowing that in certain doses it will end the life of terminally-ill patient.

Doctors are divided. Some think it humane to end someone’s suffering, by helping them to a dignified death. Others believe this would be a betrayal of their Hippocratic Oath.

For many it is reminiscent of Nazi death camps. The Nazis didn’t invent euthanasia. They copied it from liberal eugenicists in Britain, America and Scandinavia.

These liberals were motivated by humanitarian desires to help people with lives that were considered not worth living. But who says their lives were not ‘worth living’? 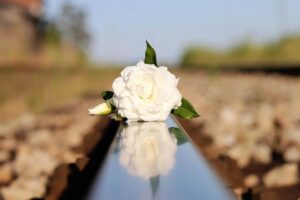 Even where patients choose euthanasia, their capacity to make such a decision is debateable. In some cases, pressure could be put on patients by families. Or the patient themselves may feel a burden to others.

Furthermore, once it is permissible, possible, to choose death, then it becomes a thinkable option. Is individual autonomous choice actually desirable in this case?

In this way, respect for life could be undermined. Perhaps we are developing a culture of death; medicine’s purpose being transformed from an instrument of life into a tool of death.

The medical and moral issues are challenging, but often seem arbitrary: the heart-attack patient was subsequently pronounced to be not in a vegetative state.

Life or death: is it only religious belief, in this case Muslim, that can provide a foundation for valuing life?