Gabo – the author of “One hundred years of solitude” and successor of Cervantes in our language, who was denied a visa to find work in Cartagena de Indias because the land was dying of hunger – never would have imagined that his book would reach Cuba clandestinely by plane. 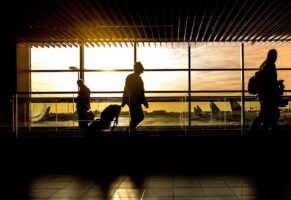 It turns out that these things happen to good books – those that are essential, and that always end up in unusual places and not by mistake. This is because they have a life of their own and they continue their implausible journeys in reality.

It was by these means that Gabo’s greatest book made the first detour by air from Colombia by boarding a flight operated by the National Liberation Army (ELN), who one day in the “wonder years” dipped a propeller aeroplane so far as if it were an upside down helicopter. “Many years later, facing the firing squad”. I interviewed – with the typewriter and tape recorder of an inexperienced journalist – one of the commandos of the operation, known by the press at the time as “Air Pirate”.

He told me that among his many adventures and misfortunes, in a bookshop before boarding the ship with his companions, he pocketed a copy of Gabo’s masterpiece which, years later with the rest of his work, would bring him fame and fortune in life.

The first edition of “One Hundred Years of Solitude” had an image of a sixteenth century ship on its cover, similar to the one in which Miguel de Cervantes Saavedra wanted to travel to work in the new continent. 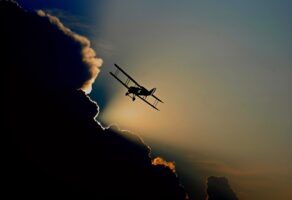 And where Gabo would certainly have written his famous novel and with which we have acclaimed to immortality twice.

This was how “One hundred years of solitude”, the most outstanding novel of the Latin American boom, surreptitiously crossed the Caribbean in the hand luggage of a guerrilla, accompanied by  assault weapons.

When the aeroplane landed on the island, and he and his “travel companions” settled down quietly in an enormous house with marble staircases and pools with crystal clear water, he submerged himself in Gabo’s fascinating book which, over the years of his life and as with the reality of his country, never ceased to remain in his memory.

No one can predict the path of a book once it has been printed. Because years later, in the street called Septima de Bogota, meeting the concave propeller character, “Air Pirate” (bald, lacking passion, no pension as with the majority of Colombians, and faced with the firing squad of a transient official position with all its lost wars like those of Jose Arcadio Buendia), he said to me, “Journalist. I tell you, that this text of Gabo’s followed me even to a People’s Jail of the M-19 movement, which I helped to build in the early seventies”.

The book is the same copy that accompanied me on my tenacious adventures. 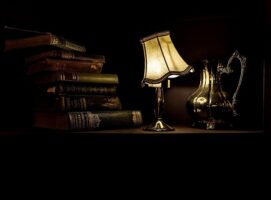 An the book is quite marked with coffee and cigarette stains everywhere by my constant readings at different places where I have taken it, and hopefully to Bolivar with it; but when Gabo signs it for me I will be able to rest peacefully in my grave, because I am almost seventy and he is almost 85 years old.”

“And also brother, so that he may write me a dedication as only Gabo – so I’ve been told – knows how to do; as good as his “One Hundred Years of Solitude “, which is also celebrating its 45 years, and which over the years has been to me like a house in the air”.