The war in Ukraine has expelled thousands of children and young people from the country, who are now taking refuge in neighbouring countries. A group of architects work hard to help these displaced young people to integrate into their new communities. 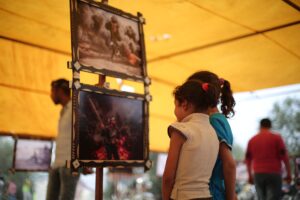 The “Architecture & Childhood” Work Programme of the International Union of Architects IUA has published a note warning of the dangers that children run in the face of wars and armed conflicts.

The safety of children is fragile, it requires family and home, surrounding social fabric, integrated social systems to care for their health, education and emotional stability.

The war in Ukraine has expelled thousands of children and young people from the country, who are now taking refuge in neighbouring countries.

The architects who are part of the IUA “Architecture & Childhood” programme and live in Poland, Romania, Bulgaria, Germany, etc., work hard to help these displaced young people to integrate into their new communities through workshops and “architecture” activities, in addition to finding them nursery schools, colleges and institutes that will welcome them. 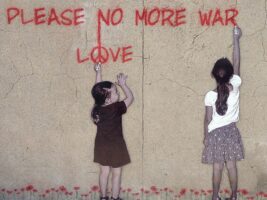 Colombia has received millions of Venezuelan emigrants -tens of thousands of whom are children and youths- in the last seven years.

Most of the minors have been integrated into compulsory Colombian education, but thousands have not, and have been dragged into the illegal economy, which is often violent and harmful to their physical and mental health.

In addition, hundreds of thousands of Colombian children and youth have been displaced by internal violence in past decades, fleeing to other areas of the country.

The migratory waves are caused by climate, economic and war disasters that seem to be spreading all over the planet. More children will be thrown into the void of exile, uprooting and lack of protection. Any effort to connect the infrastructure that welcomes them will be both welcome and insufficient.

The compulsory educational systems of the host countries must redouble efforts to become safe lighthouses in the midst of the storm. 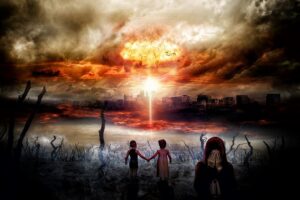 Architecture is an artistic, social, environmental and technical discipline used to construct our lives (in this case, reconstruct them). It helps us understand where we come from and where we are going, to remember the landscapes and spaces where we grew up, to understand the present no matter how violent and chaotic it may seem, to imagine peaceful futures and turn them into reality.

Architecture is the secure world we build and inhabit; it is the mental “place” we call “home”.