Mao Zedong saw the opportunity of radical change when the existing social and political disorder was in a state of critical disarray: “There is great disorder under heaven; the situation is excellent”. 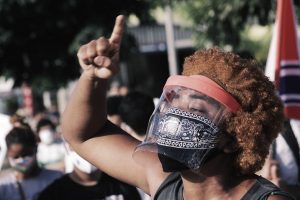 Zizek goes a step further by noting that, while disorder under heaven is once again all around us, what is necessary is disorder in heaven: the background order, the big Other that manages social and political chaos, has to be confronted and challenged so that the various divisions within and between countries, as well as global climate and health issues, are seen in all their connectedness.

There is disorder in heaven, there is -to employ a one-term-fits-all label- no God in residence.

Surveying the world in a series of 36 lucid missives in an incisive  book of just over 200 pages, Zizek finds hope and disappointment in equal measure.

The achievement of Morales in Bolivia is applauded -his very success led to the coup (“we need a whistleblower to reveal the relevant documents”) that removed him- proving that democratic socialism is possible.

In neighbouring Chile, the obstacle to meaningful change is seen to be “not the legacy of Pinochet as such but the legacy of the gradual (fake) opening of his dictatorial regime.”

A challenge facing activists around the world is the way identity politics reduces the working class to one among many social groups, taking its place alongside a particular ethnicity or sexual orientation.

Class conflict, Zizek argues, takes precedence because it does not seek non-antagonistic co-existence and mutual respect. Class antagonism is an irreconcilable discord and seeks not reconciliation but the abolition of the class system.

The Chilean band Los Prisonieros is highlighted for its exposure of the fake ‘radical’ leftist, the ‘decaffeinated protestor’, who embraces identity politics in a sentimental, gestural celebration of global solidarity.

What is more necessary and valuable is a sense of shame for one’s country -something to be especially felt by citizens of the UK, the US and a number of east European states- and a struggle to overcome the depressive fatigue brought about by a globalising ego culture that promotes ‘the game of self display’ while diminishing our capacity to think and act communally.

Last year’s 150th anniversary of the Paris Commune, Zizek tells us, is a potent reminder of how a popular mobilization may emerge from chaos. 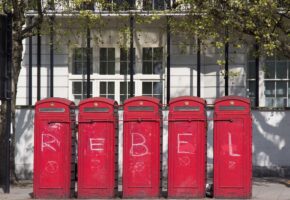 The communist dream of the twentieth century is over but the need for organized revolt is compelling at a time when the populist Right is more successful at managing people’s dissatisfaction. The ecological apocalypse has happened and it is being normalized by making people think that some accommodation with it is possible.

There is only one choice and Zizek’s name for this choice is Communism; the alternatives are misguided delusions that fixate on the forthcoming catastrophe when was it needed is a confrontation with it.

“Heaven in disorder” by Slavoj Zizek is published by OR Books.