More than 100,000 people have been killed in Mexico in the last three years, mostly by organised crime groups. The situation, one of the worst in the world, has led to the emergence of self-defence groups to stop the actions of criminal gangs. 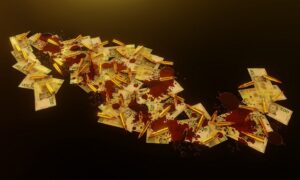 This was denounced in the special report “Organised crime and violence in Mexico”, by the organisation Justice in Mexico, which recognises that President Andres Manuel Lopez Obrador took office with levels of violence higher than those registered during previous administrations, and the number of monthly homicides remained above 2,200 victims, with multiple peaks. The report states that a substantial proportion of these deaths are “attributable to Mexican organised crime groups”, a situation it ranks among the worst in the world.

The study insists that “at least one-third, and perhaps as many as two-thirds, of all intentional homicides in Mexico in recent years had characteristics of violence employed by organised crime groups”.

Mexico is a huge country with Gulf and Pacific coastlines and a land border with the United States of almost 3,200 kilometres.

This is why the country is considered a strategic enclave for the mafias as a port of international entry for illegal substances, huge quantities of natural resources, arms and people. 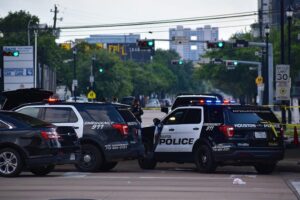 For all these reasons, Mexico is a mosaic of mafia groups that some authors estimate at more than thirty, others at around fifty, a presence that makes the country a base of operations for the largest, most sophisticated and violent criminal organisations in the hemisphere.

These criminal groups have a presence from Argentina to Canada and are expanding to Europe and Asia. Such is their strength, according to the Security Secretariat in one of its latest reports.

Although not included in the official statistics of international organisations or Mexico, scholars consider drug-related organised crime to be one of the world’s largest “economies” because it moves trillions of dollars, as well as a threat because of its influence on the global monetary and financial system.

It also manages astronomical figures in the so-called civilian arms industry, weapons that, due to their characteristics, are of no use to armies, according to a study by Kaplan magazine of the National Autonomous University of Mexico.

Ten organised crime groups, two with a national presence and eight with a regional presence, currently lead drug trafficking operations in Mexico, and are responsible for at least 60 per cent of the homicides committed nationwide, according to the UNAM study.

These are highly dangerous and complex criminal groups whose common denominator is drug trafficking as their main activity.

Of the list of organised crime organisations operating in Mexico, the authorities identify two with national reach and possible international connections: the Pacific and Jalisco- New Generation (JNG) cartels. 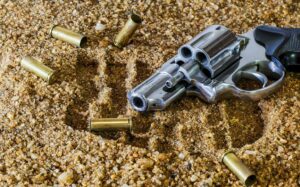 The Pacific Cartel, also known as the Sinaloa Cartel or the Federation, is a criminal organisation that has had several leaders, as evidenced by the continuation of its operations despite the capture of some of its leaders, including Joaquin Guzman Loera, “El Chapo”, according to InSight Crime, a foundation dedicated to the study and investigation of threats to national and citizen security in Latin America and the Caribbean.

The JNG cartel is the fastest growing criminal group in recent years; its founder and current leader is Nemesio Oseguera Cervantes, alias “El Mencho” (in prison), but the gang operates normally.

Other priority criminal groups include the Santa Rosa de Lima, La Unioón Tepito, Tlaáhuac and Guerreros Unidos cartels, the latter allegedly linked to the disappearance of the 43 Ayotzinapa students in September 2014.

Armed civilian groups known as “self-defence groups” emerged as a way to curb the actions of criminal gangs, whether related to cartels or not.

Some authors relate them to the failure or inadequacy of the state to deal with these criminal organisations, while others see them as a natural process of survival, and a real brake on the expansion of criminal activities, explains the Ministry of Defence in an official report.

The characteristic of self-defence in Mexico is that it is not aimed at overthrowing the political system, but at integrating into it, defending their land and the integrity of the family. 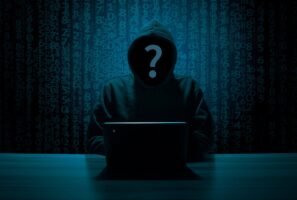 In theory, the self-defence groups are illegal, but they are tolerated; their presence in certain areas of the country managed to prevent the operations of criminal groups, an elusive result for the National Guard and the army, the source adds.

The collaboration between illegal armed civilians and public agents reveals the complexity of power and overlapping sovereignties in various regions of Mexico.

The Self-Defence Brigades of Michoacan, perhaps the most violent state in the country, are a paradigmatic case. They were created in February 2013 to fight against the rule of the Knights Templar, a very aggressive criminal organisation.

From their rise to the present day, more and more similar groups have been created across the country, illustrating the links between the Mexican state and these armed civilian groups.

Many people, especially those exposed to criminal violence, agree with their existence and advocate for their legitimisation, a controversial and difficult issue for the government.

Some scholars even consider them to be part of the violent interfaces that exist in Mexico between local, regional and national politics, in a context in which the control of intermediary channels is increasingly important for the preservation or obtaining of power.

When President Lopez Obrador took office in December 2018, more than 50,000 deaths had already been counted in the war between drug-related criminal groups. 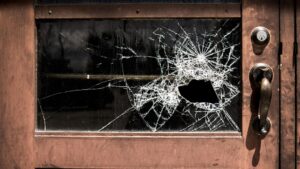 His policy differs from previous presidents in that the main emphasis is on social programmes to attack the root causes of organised crime, and he prioritises them over armed confrontation with gangs.

It is a controversial, contested principle, not shared by those who believe that the root of the problem is not poverty, but the ability of gangs to recruit and keep their ranks thick, and therefore the key active element in combating it is military force. As both positions are reasonable, Lopez Obrador proposed and organised the National Guard, which, being an arm of the army and commanded by it, acts as a military police against crime.

Since its creation in March 2019, this armed force has the merit of being the one that fights organised crime the most and with the best results. In practice, it is the demilitarisation of the fight against cartels, but in form, not in execution, and so far it has yielded positive results.