The political situation in Spain, his past education in medicine, and his intrigue with Freud’s teachings on unconscious, have served Julio Medem as deep inspiration for his artistic endeavours, in his film work.

Medem was born in San Sebastián-Donostia 57 years ago, and after receiving his bachelor’s degree in Medicine and General Surgery from the University of País Vasco, he decided to develop a career in film, publicity and as a writer.

Since the beginning of his journey, Julio’s work has been recognized in first tier film festivals, with some of his feature length films including Cows (1992), The red squirrel (1993), Sex and Lucia (2001), and The Basque Ball (2003) .

Medem spoke to The Prisma about his film “Ma Ma”, which he wrote, directed and produced.

The film features Penelope Cruz as the protagonist, Magda, and is based on his memory of a disturbing bronze sculpture that he saw in the Dusseldorf Art Museum during the winter of 2006.

“Ma Ma” tells the story of a woman confronted with tragedy, to which she responds with a surge of life that flows inside of her. But why did Medem choose to begin producing this film eight years after writing it, and what will inspire him next?

What made you take the transition from medicine and sciences and go into film?

I really began making short films with a super-8 camera owned by my father. He taught me how to shoot with a Super 8. He taught me to frame, enlighten, assemble and organize movies. He was an amateur filmmaker, but worked as a surveyor in film and cinemas. At the time, I was 14, 15, and 16 years old, and wrote a lot. I had a very strong creative side that was developing. 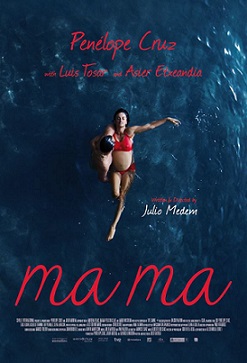 So you knew about film because of your father, but then decided to study medicine.

I was a very timid and introverted person. To me, it seemed impossible that I could become a film director. I thought I had to be much more authoritative and sociable. Then I read a lot and discovered the idea of the unconscious and subconscious through Sigmund Freud. I was fascinated by the way dreams are interpreted. The power of the mind that is beyond the conscious. I used this in my writing and then I decided to become a psychiatrist. I studied medicine for six years, but in the fourth year decided that I wanted to be a film director. Each year, I wrote and made a short film in Super 8.

Did your background help or inspire you to incorporate cancer into “Ma Ma”?

Yes. It also helped when I started to make films and a lot in the writing of the characters, because I had medical training as a psychiatrist. So to some extent I am familiar with [mental illness], I study psychology a lot.

In fact, in many of my films you can see the characters, especially some of the protagonists, who are suffering from a mental illness. Especially the protagonists of “Cows” and “Earth”, they suffer from different forms of schizophrenia, which is a disease that interests me very much.

In the case of “Ma Ma”, the protagonist is sick with cancer. Both Penelope Cruz and I have talked a lot with cancer patients and doctors.

In the film, there are four main characters. Why did you choose only one of them to be female?

I wrote this some years ago, in 2007. The starting point was a sculpture of a woman of bronze. The Museum of Art of Dusseldorf proposed that twelve artists, twelve film directors from all over the world, we elected a work of the entire permanent collection and  were inspired to write a film of half an hour. That was in 2007.

I do nott know how to give a definite answer to this question… Sometimes you write a story and choose intuitively, without much thought.  For example, from the beginning I knew that the gynaecologist would be a man. I found out in an intuitive way. I cannot defend it in a rational manner. 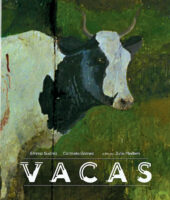 It is curious because for her (the protagonist), except for her son, the other characters are unknown. She meets the two men on the same day she finds out that she has cancer in her right breast. She meets her doctor, and then meets the man that was watching her son [play football].

I like that, because somehow it creates a bizarre family between these two men, the boy and the girl.

After you wrote the play, the script ended up in your cupboard for 8 years. What made you take it out?

I thought I would never make it. I have other scripts in my cupboard and I think I am never going to make them. I liked writing some of them, but nothing more. Others, I would like to make.

And I had called her three times before, about making Earth, The lovers and Lucia and sex. But she couldn’t, for reasons that I always understood. In the end, it was her who called me. I had several scripts and did not know which would be good for her, then I remembered “Ma Ma”, and so it happened. She read the screenplay and liked it a lot and chose to star in the film.

A lot of the film shows Spain’s economic crisis. Has the crisis affected you as a filmmaker or the Spanish film industry in any way?

When Penelope called me to make the film, I updated the script I had written in 2007.

It was a very remarkable time, very paradoxical, because, on the one hand, in that same summer of 2012, Spain was going through the worst period of the crisis. And in football, it was at its’ peak.

We had won the World Championship. It was a time when there were cuts in public, social, and especially health services, which affected a lot of people. And in the film industry, it is obvious, because ten years ago there was more variety of film. There were different films and bigger audiences for Spanish cinema.

There is now a type of film genre that works, which depends on promotion by the television stations. Now private broadcasters choose movies that are made and they are promoted very well. 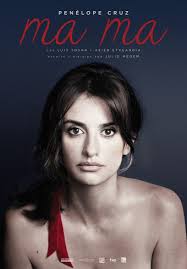 n the film you do not use many special effects. Is that your personal style, or was it influenced by the economic crisis?

No, that’s how it is. The film had to be like that. I like the simplicity of it. In addition, it is simpler than it was to shoot. For example, it was very complicated to make the scar of the mastectomy and also the processes of the hair. It is the chemotherapy treatment and the hair is changing.

What were your reasons for keeping the film simple?

I knew that we were starting from a tragedy. The film is a tragedy. I did not want to torture the viewer, or create a movie of light and dark contrasts. In this film, death is on the horizon, it is near. But life is in full flow, at its peak. I xanted to make a vital film. That is why I wanted to keep it simple.

What have you taken away from your experience writing, directing, and producing this film?

Because visually, it is not similar to what I have seen in my more visually striking films. They are strong. This is much more subdued.

First, I had to tell the story of a character who is a victim, Magda so that she reaches the spectator, and be someone they would love from the beginning. The spectator empathizes with her, they love her.

Magda is friendly, and unique, she has a sense of humour, she is very vital, and believes in life. She does not believe in life after death. With few resources, few things, I managed to get something very deep.

You have ancestry from France, the Basque Country, Germany and Valencia, but internationally you are known as a “Spanish” director. Do you agree with this label?

Yes. The question is interesting. I have no problems of identity. I am a very European mixture. My first name is German, the second is Basque-French, the third is a Valencian, and my fourth is Basque. I was born in San Sebastian, in the Basque Country, my mother is Basque.

Where do you live now?

Madrid. Madrid is also my city.

In what city do you feel the most inspired?

Madrid. It has all kinds of people and I am stimulated by the environment. But I think inmy unconscious I prefer, for example, now that I am writing the second part of Lucia and sex, Formentera, one of the Balearic Islands.

Also San Sebastian, in the Basque country. I wrote about this. It is like a dance, but I am also writing seriously about Spain, on the special tension that exists there, it is a very patriarchal country. Psycho-socially, Spain in general is very complex. I like that. It is very interesting to write about, to create.

People in Spain are nationalistic. Do you believe in moving around, and not holding onto roots in one place?

I do not feel nationalistic. Also, Spanish nationalism exists. I am very much against it, especially in Spain where it is very extreme. There is Basque, Catalan and Spanish nationalism, the latter being right-wing, and the Catholics who are very strong and who refuse to understand.

Is this an influence for future projects?

I would like to make a film where we all understand better. Where we ask ourselves, “What is happening to us?” Make it starting from there, as a reflection, a self-criticism, without good or bad. Everywhere there is a side of reason that we must look at. The issue is so complex and so tense that it is best to end this tension, to understand each side a little.