Some places trade profitably on their stereotyped image: tourists are not allowed to forget that Paris is romantic, London dynamic, New York exciting. Conversely, some locales struggle to overcome negative connotations.

Medellin or Glasgow are no less attractive than others in their countries and in some respects more so -there is beauty in Medellin’s valley and remarkable friendliness in Glasgow- but cliches stick to them like glue.

Material deprivation and harmful diets are a fact of life for millions of people in England, Wales and Scotland but Frankie Boyle’s joke -“Las Vegas and Glasgow have a lot in common: they are the only two places in the world where you can pay for sex with chips”- could not rely for its humour by referencing any other city in Britain.

Alcoholism is a fatal addiction across the non-Muslim world and Glasgow’s alcohol-related mortality rate is among the highest in Western Europe but this doesn’t mean that Glaswegians are all drinking themselves to an early death.

Two new novels, set in the city by Scottish writers, find it difficult to escape the stereotyping of Glasgow. “The voids” has an undeniable spring in its step and the writing fairly well bounces off the page.

In a local pub, punters utter vatic utterances “like mad Glaswegian Rasputins” and obituaries (paid for by the number of their words) that appear in the local newspaper employing the central character are described as “twenty-five quid staccato notices that read like lines of decoded Morse”. 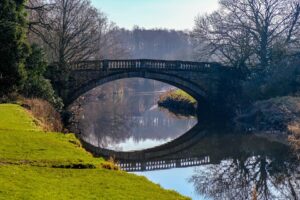 The narrative, however, has a familiar trajectory with its tale of a drink-sodden young man battling chaotically with the darkness he carries within.

The squalidness of his existence in an abandoned flat on the 14th floor of a condemned high-rise is only matched by the lives and lifestyles of those he encounters. The accounts of drug- and alcohol-fuelled delirium and misadventures risk becoming tiresome; if a reader wants an overdose of such experiences, “Last exit to Brooklyn” offers a real high.

“The voids” is Ryan O’Connor’s debut novel while Douglas Stewart, author of the other Glasgow novel, is securely established  as an accomplished writer after winning the Booker prize for “Shuggie Bain”.

His new novel,“Young Mungo”, offers more of the same: a grim coming-of-age chronicle set in a hard-edged, 1980s Glasgow where desperate social and economic conditions, to be relieved by the lure of alcohol, perpetually threaten  prospects of personal happiness.

Stewart is gifted at writing fiction that engages the reader, drawing you into the margins of society where hand-to-mouth existence derails aspirations, wrecks lives and leaves them on scrapheaps.

The novel seems to suggest that this says something quintessential about Glasgow and the central characters come across as types.

Mungo, the youngest of the Hamilton family, has a heart of gold but with a tenderness which makes him vulnerable; his sister, Jodie, is a Mother-Theresa figure (though not one nurturing deathbed conversions); and his mother another sad victim of alcoholism.

“The voids” by Ryan O’Connor is published by Scribe.

“Young Mungo” by Douglas Stewart is published by Picador.