If the candidate Gustavo Petro wins the presidential election in Colombia, he will be in government, but he will be far from having reached power, especially in the most decisive aspects of the term. 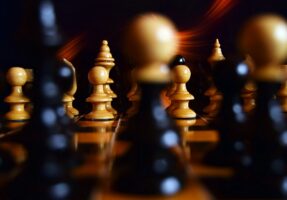 This difference between governing from the presidency and really exercising power fully is a product of a specific balance of power that obliges Petro and his coalition of social and political forces to promote measures with an enormous dose of realism. In this way, immediate objectives can allow an advance towards further-reaching goals.

The demands from the majorities in the Colombian population are so many and so varied that it will not be easy to establish priorities.

The Historic Pact candidate is now supported by local political forces of socialism and social democracy, no less than liberals and progressive conservatives and, above all, large sectors of the poor.

They are bound together by the legitimate desire to be able to live without the everyday violence that casts a shadow over daily life, without the picture of growing poverty and inequality that contrasts with the grotesque enrichment of the privileged layers of society, without the neglect of citizens caused by the absence of minimally trustworthy public institutions, without rampant official corruption and without widespread impunity; in short, without future.

To a large extent, this social and political panorama is reflected in the moderation of Petro’s programme.

He knows that at best, it is only possible to start to generate solutions immediately in such critical areas as peace, employment, health and education, to mention the most urgent ones.

However, he is proposing further-reaching measures to overcome not only the neoliberal form of the current economic model (which is in crisis, as on the rest of the planet) but also the very form of domestic capitalism and its disadvantageous way of inserting itself into the world system.

That is why his programme proposes to boost national work and give the greatest priority possible to the domestic market’s demands, without neglecting exports that must go beyond the current picture of oil, unprocessed raw materials and psychotropics that are currently the country’s principal sources of currency. His ambitious programme contrasts with the programmes of the candidates of the right who limit themselves to maintaining the neoliberal model in force, with smaller aid for the poorest sectors, something which is compatible with the neoliberal model because it is useful for reducing social discontent. It is demagogy but in certain circumstances, it works.

Petro would immediately seek to control the processes of violence from which the country suffers. Starting by fulfilling the peace agreement with the FARC and extending it to cover other armed groups involves immediately confronting landowners and large ranchers, a challenge that is in no way easy but which is not impossible to manage if Petro obtains sufficient support from the armed forces and manages to make agreements at least with the less extremist sector of the rich country folk.

The support of the police is equally critical to establishing order in the cities, a citizen demand that cannot be put off.

Petro has to put limits on big companies (especially the multinationals) who have obvious responsibilities in the drama of rural violence, dispossession of land and the displacement of millions of peasants. 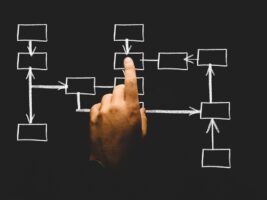 Without financing from these organisations, it is unlikely armed far-right groups (paramilitaries) would stay afloat. Root-and-branch reform of public investment systems would enable the dismantling of the current corruption to start and, therefore, starve the most traditional and criminal forms of politicking.

Without the systematic robbing of the public purse, a good number of the current parties would find themselves without the material basis to survive. It would be an essential first measure to boost a modern and above all democratic political fabric.

The reform of the institutions is then essential and must begin by substituting above all the upper echelons of the legislative and judicial power. All this is possible just by applying existing laws: expelling corrupt people from the institutions and forcing the return to the state of assets obtained through corruption in the same way that drug traffickers and other people linked to illegal activities are expropriated.

Achieving these objectives does not mean that policies of negotiation cannot be applied provided the benefits to the public are greater than the authorities’ concessions. If it is done in the United States, for example, it could also be done in Colombia without anybody blushing.

A fiscal reform that applied the basic principle of “whoever earns more should pay more taxes”, with all the necessary nuances that would be essential, would give the government significant resources and a sufficient margin to invest in health and education.

Putting an end to the “war against drugs” and seeking civilised ways to manage the production, marketing and consumption of psychotropics is not an impossible objective either. Several countries have done it with great success. Cocaine, opium and marijuana can be used to make medicines and other products and personal consumption can also be regulated to help addicts and above all reduce the illegal traffic so linked to violence.

Putting an end to this war involves the state reducing one of its largest expenses, as it means being able to reform armed forces that have close to half-a-million members. Colombia would have to settle for a much smaller army that corresponded to the current demands for the defence of the national borders (air, land, sea), the protection of the country from so-called “cyberattacks” and generally provided itself with modern equipment to guarantee the defence of the national territory.

In the medium term, Petro’s programme would try to take on board scientific recommendations that demand in tones of alarm urgent measures to reduce to a minimum the current impact of the economy on nature. When the Historic Pact proposes to thoroughly review the role of products such as coal and oil seeking to substitute their production, it is only echoing what science proposes.

The right demonises these objectives and engages in demagogy on the subject, without mentioning that it is precisely the advanced countries who already favour similar measures.

Petro may have government then but he will not have all the power although from the presidency he could promote measures such as those mentioned above so that the social sector of the economy has increasing influence on the market.