All of China Mieville’s fiction is worth reading for its political, philosophical and cultural resonances, “the City & The City” and “Embassytown” are extraordinary.

He is also a compelling writer of non-fiction and “A spectre, haunting”, a prequel of sorts to his earlier “October”, is a wonderful book about another superb text, one that “cleaves unremittingly to liberation and burns with fury at injustice”: “The Communist Manifesto” by Karl Marx and Frederick Engels. Both the Manifesto and Mieville’s book are events and they constitute what Ezra Pound said about literature: ‘news that stays news’.

“The Communist Manifesto” is in the venerable tradition of religio-politco-artistic pamphleteering but nothing in this genealogy has so permanently altered how we think about the world.

Like the declaration of an independent republican Ireland read out on a street in Dublin in 1916, it is a speech act. Barely 12,000 words in length and with perhaps 4,000 copies initially printed, the Manifesto is reproduced at the back of “A spectre, haunting”.

Mieville describes the context that led to the commissioning of the Manifesto, by a largely unnoticed group of bickering emigres, before providing an annotated outline of the text. 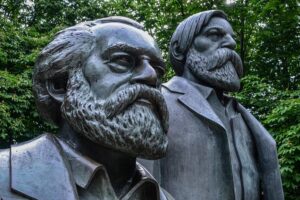 Attention is drawn to its awe of the bourgeoisie’s economic, social and cultural overturning of the world (“all that is solid melts into air”), the primary ethos of this class (“egotistical calculation”) and its globalizing sweep (“it must nestle everywhere, settle everywhere, establish connexions everywhere”): “In one word, it creates the world after its own image”.

Misunderstandings of the Manifesto are cleared up; its call to abolish property relations does not mean an end of personal possessions. Communism makes concepts of democracy, individuality and community worthy of their names.

There is an evaluation of what stands the test of time in the text and what is aspirational in the Manifesto. Its apparent lack of an ethical dimension has been mistaken for its animus to moralizing while criticisms of its optimism in the face of the actual history of the USSR are squared up to. 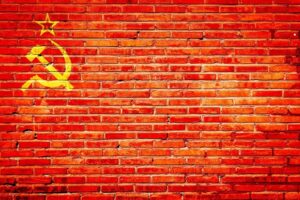 Objections on the grounds that it reductively foregrounds class are dealt with: Marx and Engels never claim that conscious class war is constantly occurring but what can legitimately be insisted on, without being simplistic, is the reality of class conflict as the motor of history. That the Manifesto underestimates the conservative force of nationalism and insufficiently genders class is acknowledged.

“A spectre, haunting” is a rare combination, both scholarly and exciting to read. The calibre of Mieville’s analytic and diagnostic skills are necessary to do justice to a manifesto that is a rhetorical call to arms, poetic, angry, melodramatic, interventionist, polemical Promethean, lyrical, persuasive, astonishingly prescient in its perception of a globalizing, voracious and adaptive capitalism. Mieville calls for more and a better class hatred; a hatred guided, as Che Guevara noted, ‘by a great feeling of love’.

“A spectre, haunting” by China Mieville is published by Head of Zeus.