I never felt that I fitted in, that I belonged. Instead there was always the feeling that I am an interloper, an outsider. 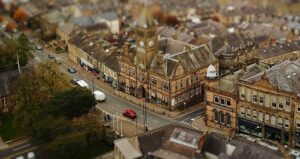 I occupy my present position in society, merely by accident. If they (whoever ‘they’ are) ever found out, they would throw me out.

Largely, this feeling is about the English experience of class. This is not the Marxist concept, where class position is defined in relation to the means of production.

Instead, this prickly sensation of unworthiness is an epiphenomenon of education and culture; what cultural theorist Raymond Williams called “structures of feeling”.

We learn how to interact with those we perceive as our social superiors, who think of themselves as such, a feeling reinforced by centuries of privilege.

It may be seen as the legacy of the aristocracy, who absorbed the nouveau riches of the haute bourgeoisie in the development of capitalism.

Power, prestige, and privilege, were not therefore the possession of money alone, but required ‘breeding’; not biologically, but through inculcating appropriate values and taste in the elite.

For the United Kingdom, this was supremely the function of the public schools – to produce the future rulers of empire.

(Britain infamously calls its private schools ‘public schools, when they are reserved for the fee-paying rich. This is an inheritance from the Middle Ages, when all schools, even charities, as in many global south countries today, cost money to attend.)

But for many people lower down the pecking order, who think of themselves as solidly and boringly middle class, the same is true. They are actually part of the upper class, occupying positions of power and influence: in business, politics, social services, charities and churches.

Their social origin produces an unconscious confidence, a feeling of one’s right to be here, a sense of their own worth. 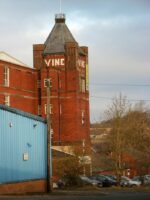 The rest of us struggle with buckets of self-doubt, anxiety, and insecurity; working hard to overcome our inheritance of inferiority and placelessness.

In my generation, some of us got out of the working class by hard work through educational success, via the Grammar School system.

This system gave an illusion of social mobility, by syphoning off a small band of intelligent kids from the broad mass, but at the cost of removing us from our culture.

I remember being made fun of in Grammar School for my broad Lancashire accent. This accent again became a defining characteristic at University.

Here I encountered genuine southern middle class posh people, one of whom I married. Nevertheless, I still retain deep within my psyche, the same snivelling, and working class boy.

I feel like Joe Lampton, the hero of John Braine’s 1950s novel “Room at the Top”, about working class grammar school boy made-good.

Do I sound like I am resentful, with a chip on my shoulder? Yes. Because I know there are still many more who experience this cultural homelessness today.