Slang is used both to stereotype minority communities, and used by minorities to assert their own identity, as the changing usage of ‘wetback’ illustrates. N.O.R.A. raps: “Todos mis amigos en el block ahora stand up”. A light-hearted account of the traps and the humour arising from learning a foreign language.

An article about Mexican stereotypes and slurs dropped into my inbox.

Much of it written in dry and repetitive academic language (why is it that linguists, of all people don’t write fluently?) but the subject began to get my interest and I Googled some of the words used: pocho, mecha, gabacho….

Slurs are two-edged depending on who is using them. If a white USAmerican calls a Mexican a spic it is offensive, yet the same word can be used between Mexicans who know each other well to emphasize their social solidarity.

Slurs can be used by the people who were originally targeted to be politically assertive, “we are freaks (Hippies), or queers, or motherfuckers (the Highwaymen Bikers Club) – and proud of it”.

Jibaro can be used to derogate a Puerto-Rican as a backward country hick, or on the other hand to assert pure ethnicity.

And sometimes the opposite is true – when someone begins speaking in a very formal or erudite way to a friend a change of status is being signalled – I am more important or intellectual than you – mockery is implicit when we call someone ‘boss’, or in Portuguese chefe . 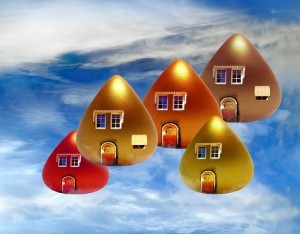 And slang changes: ‘Wetback’ or Molhado was once an insult but less so nowadays, as one Mexican immigrant said: “we are all molhados, it’s just a fact”.

And according to Lise Waxer, ‘Jibaro’ can even be used derogatorily by Puerto Ricans about Nuyorican emigrants, as a way of saying “we in Puerto Rico have moved on, while you in NY are stuck in nostalgia for your roots”.

MEChA… This was a new word for me, but luckily Google has the answer again, the Movimiento Estudiantil Chican@ de Aztlan. Or does it? This gringo is getting confused: ‘tener la mecha puesta’ is Mexican slang for menstruating.

The concept of a stereotype implies something rigid, a straitjacket reducing the freedom of the persons targeted to be themselves – and Croom* cites evidence that this is just what happens, the emotional overload induced by being publicly humiliated tends to block our ability to think and respond creatively.

Very handy for the person wielding the insult if they are accusing you of being stupid: then you just confirm their prejudice.

Stereotypes can be slippery things, they change from one country to another, or even between cities.

“La raza” in Spain refers to a Christian Spanish heritage beloved by Franco, while in Latin America it refers to Latino or Indigenous identity. “La raza cosmica” was invented by Mexican philosopher and Minister of Education José Vasconcelos to describe the racial mixing of Latino people, whom he hoped would become a model of the future universal human race. 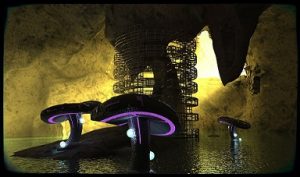 Anyone learning a foreign language and trying to guess meanings from similar words in their own language soon runs into these.

Sometimes it’s a question of local usage, as in the Portuguese rapariga, which is simply ‘girl’ in Portugal, but widely understood as ‘prostitute’ in Brazil, while moça is a neutral term for a young lady in Brazil, but implies a servant or waitress in Portugal, and so is derogatory outside this context. And sometimes foreign words are so similar to yours they must be the same – you think – but try translating this into Portuguese or Italian: “I’m vegetarian because I don’t want preservatives in my dinner”, using ‘preservativo’, and you will soon find out why people are laughing.

Which brings us to humour…

According to Croom, pocho is an interesting derogatory word, which refers to someone who is between cultures, either a Mexican who has lost his Spanish and is becoming a yankee, or a USAmerican who has gone over the border too many times: which led me to the website www.pocho.com (Ñews y Satire), and some hilarious offerings, including “the top Valentines Day chatup lines”.

And it has a spoof story about the new Mexican bestseller “Fifty shades of brown”, originally titled 50 Tonos de café, and soon to be serialised as “Te sigo pegando”. 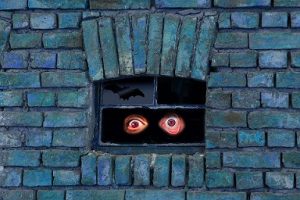 The book starts with young Catalina Luna dating an older man in order to pay for law school so that she can “give back to her community”, and ends with a more “culturally correct” relationship, summed up by Catalina sending him out to buy her tampons, as his love leads him to respect the indomitable “muher spirit” of the woman he once wanted to dominate!

Just the difficulty of distinguishing vowels provides great scope for humour, as in the postcard joke of an Italian abroad: “I go inna cafe, and the waitress bring me knife but no fock, I say ‘I wanna fock’. She says “everybody wanna fock”. I say, “you no understand, I wanna fock on the table”, she say “you betta no fock on the table you dirty sonavabitch”… etc !”  Or the daughter now living in LA teasing her mother’s NuYorican English accent, “Mommy, say ‘the ship sells cheap shoes for sheep’. Mommy says “F*ck you!”

NuYorican , or Puerto Rican English spoken in New York City is a feature of a lot of Rap, as N.O.R.E sings:

Todos mis Latinos en lo block ahora stand up, (All my Latin friends on the block stand up)

Language expresses identity, and some vocabularies are designed to exclude as well as communicate. For immigrants especially this makes the way people talk – and sing or rap – a battleground, for individuals and ethnic groups as a whole. Salsa music was a cultural fusion of Puerto Rican, Cuban and Dominican music that happened in New York 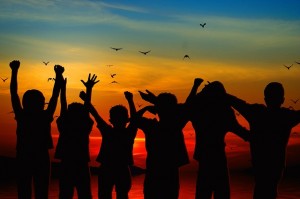 And marketing enters the picture too. The first Salsa bands were close to their audiences, including playing on the streets, but by the 80s Salsa was becoming homogenised to make it appeal to a bigger market, as can be seen by the change between the two films put out by Fania Records: “Our Latin thing, subtitled “Nuestra cosa” and then Salsa.

Send your contributions to theprisma@theprisma.co.uk.