I went to secondary school from 1968 until 1975. It was a Grammar School. I did not know that I was about to enter a world of institutionalised violence. 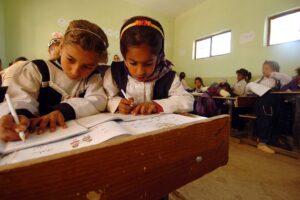 At the pinnacle of our little world, was the Headmaster. In his office he kept the cane. This was reserved for punishing the most recalcitrant boys.

It was, nevertheless, a controlled expression of violence, limited and infrequent in its use. It was the threat which made it effective.

I was a ‘good boy’ and so I was never caned; but I knew many, who were, and it certainly acted both as a deterrent, and as a sign of the seriousness of one’s offence whenever it was used. Lower down the school’s hierarchy, however, each teacher was responsible for discipline in his own classroom, and free to exercise it in whatever way he chose.

First, and most famously, there was the games teacher. 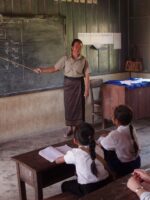 For his instrument of discipline he used a pump [what today we call a plimsoll, a trainer, a sneaker].

He kept it in his desk drawer, and even gave it a pet name – ‘Percy’. Whenever a boy misbehaved he was called to the front of the class, commanded to bend over, and given six whacks on the behind.

This teacher was, nevertheless, greatly liked by many kids, because of his humour. Not so funny was a science teacher, who also used a sports shoe to punish children.

Then there was a music teacher. He liked rulers. First, he used a huge board ruler, used for draw straight lines on the blackboard, to administer ‘six of the best’.

In addition, however, he used a normal twelve inch ruler. He didn’t just use its flat part. Instead, he hit the tips of our fingers with the sharp edge as we held out our hands, trembling, for it to descend.

I believe this environment created a whole culture of violence in the school. And it extended to the schoolboys as well, in a tolerance, even an expectation, of physical bullying. As I look back, the strange thing is that no one said anything. It was regarded as completely normal.  We all obediently queued up to get our beatings.

If we had complained to our parents, they would have replied that surely we must have done something to deserve it. 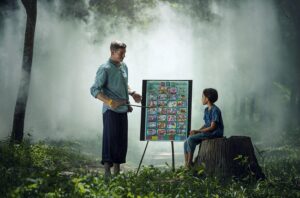 What surprised me recently was that I found on the internet that some former pupils of the school were holding a reunion.

But this was not solely for themselves. Former teachers were also welcomed along. Among them were these who had perpetrated the worst beatings on boys.

This further demonstrates how it is possible to persuade people to accept as normal the worst forms of oppression as ‘normal’. And it was normal. The school was not atypical.

In the UK, such corporal punishment is now illegal. But it begs the question, what will we look back on in forty years’ time and similarly regard with dismay, that we now treat as also ‘normal’?