Its geographical proximity to the USA, its alliance with the USSR, and its support to the global movements of national liberation made the Latin American country a significant contender during the Cold War. 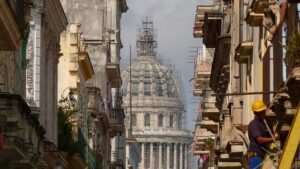 The Cuban Revolution of 1959 led by Fidel Castro, Che Guevara and Camilo Cienfuegos, among many others, caused a global turmoil within the context of the Cold War.

“As a consequence of the reaction of the United States to the Cuban Revolution, the politics of Cuba began to alter considerably”, explains Stephen Wilkinson, chairman of the International Institute for the Study of Cuba and Editor of the International Journal of Cuban Studies. The juncture was not without a paradox, because the embargo imposed by the United States in Cuba not only eroded the relation between both countries.

In fact, “the growing disenchantment and animosity from the United States had the effect of creating closer ties between Cuba and the Soviet Union,” indicates Wilkinson.

In the geopolitical framework of the 1960s, Cuba’s situation was unique: its proximity to the USA and its allegiance to the USSR made the Latin American country a point of contention on the ideological, social and economic levels.

In that context, Fidel Castro showed political acumen to exploit the Cold War dichotomy and made Cuba an important player in the global chessboard. 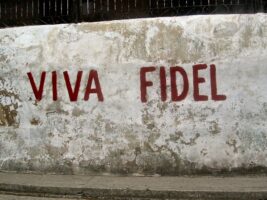 This meant that, in spite of the support of the Soviet Union, Cuban leaders were able to choose their own policies.

“The symbolic importance that the alliance with Cuba gave to the Soviet Union during the Cold War and the proximity of the island to the United States enabled Castro to maintain independence from Moscow and Washington.”

This was notably expressed in Cuba’s international policies.

Because the Cubans “considered themselves as champions of anticolonialism,” they did not hesitate in sending assistance to countries like Algeria, Congo or the countries in Latin America to support the liberation movements. The identification of Cuba with anticolonial struggle and social revolution created many disagreements with the Soviet Union. “Cuba carried out its own policies which did not always pleased Moscow,” remarks Wilkinson.

In this second part of an interview with The Prisma, Stephen Wilkinson discusses he discusses the consequences of the Cuban Revolution, the role of Cuba during the Cold War, its relation with the Soviet Union and the support of Castro’s regime to the global movements of national liberation.

Which was the ideology of the Cuban Revolution of 1959?

Initially, Fidel Castro deliberately made himself distinct from communism. He wanted to appeal to as many people as possible as his aim was to overthrow the tyranny of Fulgencio Batista.

Although in the manifesto there were ideas which could be categorised as socialists, the terms “communist” and “socialist” were not used. It was rather a nationalist ideology, so he was able to gather support from different spheres of the population.

Therefore, the Revolution of 1959 was not a communist revolution. It was a mass movement of people with different political ideas who wanted to overthrow Batista. But as a consequence of the reaction of the United States, the politics of Cuba began to alter considerably.

When did the Communist Party start gain influence in Cuba?

In the 1950s, the Communist Party of Cuba had already established relations with the Comintern and the Soviet Union. They accused Fidel Castro of being a bourgeois and did not take him seriously. When he organised the 26th of July Movement in 1953 or appealed to the general strike in 1956, the Communist Party refused to support him.

However, as the revolution developed and Castro became more popular, the Communist Party started to favour him in 1958.

Then, it decided to support the general strike, and due to its great influence within the Trade Unions and in many workplaces, that tipped the balance in some ways.

When the Revolution succeeded and Castro set the first Government, the Communist Party approached him to offer its services. The party had 10,000 members well organised and were able to provide Castro with a vast number of people willing to carrying out orders. By contrast, the 26th of July Movement was a highly amorphous organisation without a hierarchy and with many conflictive political ideas.

The 1960s were shaped by the blockade imposed by the United States against Cuba. How this event shaped the relation of Castro’s regime with the Soviet Union?

After the Revolution, the United States began to place sanctions in Cuba. They cut the sugar quota, which was a guarantee that the Americans would buy a certain amount of sugar from Cuba at fixed prices. 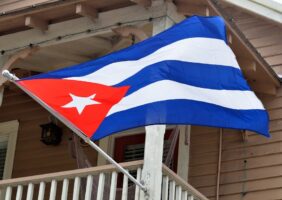 They were forced to sell sugar in the world market. As a consequence, the price of sugar went down, and this was an economic blow to the Latin American country.

The growing disenchantment and animosity from the United States had the effect of creating closer ties between Cuba and the Soviet Union, as the latter stepped in to buy the sugar of the former and swap it with oil.

Simultaneously, the United States denounced Cuba of becoming communists, and it began a spiral of decline in relationships. In that context, Castro was able to use the geopolitical situation to his advantage. The symbolic importance that the alliance with Cuba gave to the Soviet Union during the Cold War and the proximity of the island to the United States served Castro to maintain independence from Moscow and Washington. He was not a puppet of the Soviet Union as he wanted sovereign power for Cuba.

How was the role of Cuba in an international context?

Cuba was always identified with anticolonial struggle and they considered themselves as champions of anticolonialism. That was a period of the great decolonisation around the world, and Cuba assisted the liberation movements in Algeria, Congo, or Latin America.

Considering that the Soviet Union and the United States had established the policy of détente, based on a peaceful coexistence between the two blocs in the Cold War, the fact that Cuba carried out its own policies did not always please Moscow. 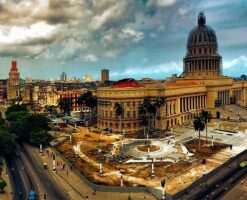 Even during the 1970s, at the height of sovietisation in Cuba, it always had a level of independence from the Soviet Union. In 1975 and against the wishes of Moscow, Castro sent troops to Angola to support the socialist party People’s Movement for the Liberation of Angola (MPLA) against the right-wing army financed by the CIA.

When South Africa intervened to overthrow the socialist government in Angola, the Cubans stayed until they defeated the South African army in 1988.

What was the sovietisation of Cuba?

Cuba was forced by the circumstances to establish a closer relationship with the Soviet Union. Castro tried to modernise the country, taking away its dependency on sugar, and developing instead other sectors to be able to provide a good life for all the citizens. At the end of the 1960s, the Cuban government tried to harvest 10 million tons of sugar to create a surplus to be invested in reorganising and developing the economy.

Everyone was mobilised to harvest the sugar, and that meant that they left their jobs and students left their schools to go to the countryside and work in the sugar cane industry. This was a mistake.

Although the harvest was massive, they did not reach their predictions. And because it diverged so much energy from other sectors, it created a substantial economic problem. Castro apologised for the mistake and took responsibility for it.

From then onwards, the Soviet Union offered their help but with the condition that Cuba had to follow their economic system.