Many historians describe him as the jolly obese American president, who in spite of handling his condition with dignity, also wore it as a heavy chain around his neck.

The jokes about how he got stuck in his bathtub in the White House on the day that he came to power have long formed part of popular culture in the USA.

William H.Taft (Cincinnati 1857 – Washington 1930) was a politician, a lawyer and an administrator when he became the 27th president of the United States and he remained in power from 1909 to 1913.

His presidency was marked by a tendency to scrap policies made by his predecessor, Theodore Roosevelt (1901-1909), especially those relating to tariff legislation. This antagonism caused a division within the Republican Party and created many powerful enemies for Taft.

In foreign policy, he was an advocate of promoting governments in Latin America that were loyal to US interests, according to Michael Bromley in his book “William Howard Taft and the First Motoring Presidency”. His style of diplomacy was noted for interference and intervention in the domestic affairs of several countries in the area.

Taft coined the famous phrase “dollars for bullets”, known as dollar diplomacy, which had as its main objective the promotion of the economic interests of US tradesmen, bankers and businessmen who invested heavily in the region.

It is a proven fact that President Taft ordered an enormous bath to be fitted which was big enough to hold four men.  There are also photos of those who fitted it posing inside of it. 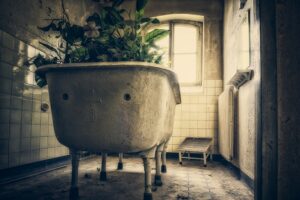 The president was very sensitive about his weight of more than 330 pounds and jokes directed at the obese gave him a complex.

For this reason he chose to do what most US leaders do – to lie.

In a speech that he gave on 5th August 1910, he swore that there was no oversized special executive bathtub in the White House.

Evidence of this lie appeared in almost all newspapers two years later when the bathtub was moved to an armoured cruiser which Taft used to travel everywhere. The installation of the mystery bathroom accessory on the “Arkansas” ship was discovered by some investigative journalists who reported on the leader´s journey to the Panama Canal.

Taft’s electoral opponent, the ex-president, Theodore Roosevelt, was the first to strongly criticise Taft´s obesity and he described him as “a compulsive eater with the brains of a pig and incapable of effectively leading a country”. 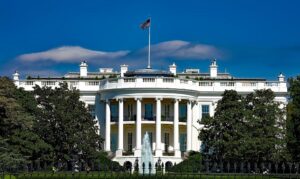 Taft’s critics began to mock him mercilessly and this meant that his attempts at re-election ended in massive failure in 1912.

Upon leaving power, he managed to lose 70 pounds of his massive body weight by following a strict diet which required massive willpower on his part.

Unfortunately though, towards the end of his life another story surfaced which was as humiliating as the bathtub incident.

In June 1915, the press reported that Taft had caused a flood when he got into the bathtub in a hotel, where on the floor below, there were bankers holding a meeting.  The massive flood of water almost caused the bankers to drown.

Three years earlier in 1912, the president stated with arrogance and racism, “The whole hemisphere will be ours, as in fact, in virtue of our racial superiority, it is already morally ours”. (PL)