The term ‘hijab’ comes from the Arabic root ‘hayaba’ which encompasses several meanings, all revolving around the idea of ‘hiding’ ‘obscuring vision’ or ‘separating’. In the Arabic language, the use of the same root leads to words such as ‘curtain’ and ‘screen’. 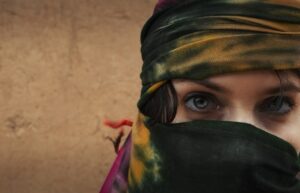 A first look at the etymology of the word ‘hijab’ reveals that its linguistic origins are much more extensive than is suggested by the simple translation of the term in other languages (‘veil’ in English, ‘velo’ in Spanish and ‘voile’ in French).

The origins of the hijab are usually associated with the introduction of Islam to the Arabic peninsular.  However, that assumption is incorrect.  The use of the hijab to cover the hair, or parts of the woman’s body was widespread in all Mediterranean religions and cultures until relatively recently.  Furthermore, despite popular opinion, the hijab already existed in the pre-islamic Arabic world, as part of Arabic culture.

Just before the appearance of the Prophet Mohammed, women in the Arabic Peninsular were ruled by a rigid patriarchy. The introduction of Islam was a minor step forward in terms of women’s rights.  As a result, the hijab became widespread amongst the followers of the new religion as a symbol of respectability, and to distinguish themselves from the slaves and prostitutes who did not wear it.

In regards to the obligation to wear the hijab as a religious symbol, one must consult the main source of Islam.  The word hijab is mentioned seven times in the Qur’an, and none of these instances refer to the item of clothing which is usually referred to as ‘a veil’.  When alluding to this item, other terms are used, such as ‘yalalib’ (tunic) or khumur (a long piece of fabric).  None of these terms suggests any obligation to cover the head or face. 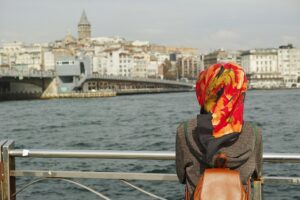 In the Qur’an, the hijab is not once referred to as attire, only as a ‘veil’ or ‘curtain’, and what’s more, only one of the seven cases refers to the hijab in regards to women.  Strictly speaking, the discussion of the clothing never indicates a necessity to ‘cover’, only the need for followers of the religion, both male and female, to dress modestly.  Such a requirement is not only intrinsic to Islam, but is also common in traditional areas of most religions such as Christianity, Judaism, Hinduism and Buddhism.

The traditional covering of the female body in Islamic societies is mainly due to two factors.  One of these is the widespread custom in patriarchal societies to dictate that the female body must be covered to a greater or lesser degree and the other, an extensively rigid and decontextualized interpretation of the Qur’an, carried out by and for the benefit of men.  However, in no instance can this be backed up by any mandatory requirement written in the verses of the Qur’an.

The appearance of female attire in Islamic societies is extremely varied and responds, in the majority of cases, to a particular area or social class.  The traditional female mode of dress has included, in general, the covering of the head and hair in one way or another.  However this custom is also characteristic of traditional male Islamic clothing and also common to traditional Judeo-Christian clothing.

In regards to the covering of the face, this custom has been far less widespread than commonly thought, and manifests itself in many different ways and to varying degrees.  From the Afghan burkha which covers the entire face, to the niqab and the traditional masks of the Arabic peninsular which leave the eyes uncovered, to the translucent veil used in parts of Kurdistan to hide the hair or the mouth and which is held up only by the hands or teeth.

It would not be until the end of the 19th century when assessment of the use of the hijab began to develop.  Although it has hitherto been used as a symbol of social distinction to distinguish upper-class women from those of the lower classes, over the last few years it has begun to be considered as a symbol of women’s marginalisation and exclusion from social life.

Since the mid-19th century, the most important countries of the Middle-east have been immersed in one has come to be known as the Nahda (Renaissance) in the Arab world.

The Arab powers began a process of modernisation at all levels, based on two main sources of inspiration.  One of these is a return to the glorious past of the Arabic-Islamic civilization and the other, a shift to the ways of the Western and European worlds.

Egypt was the first country where questions were raised about the status of women and the use of the hijab.  Writers such as Qasim Amin and women like Huda Shawari, who is considered as the mother of Arabic feminism, in their struggle for the inclusion of women in public life, felt that the hijab led to isolation of women in cities, both Muslim and Christian women.

In Turkey and Iran, it is the state itself which prohibits the use of the veil in over the first decade of the 20th century.  However, in these cases, the process was not in response to change in the feminist consciousness.  Both Ataturk in Turkey and the Shah of Iran started from the premise that modernisation should include complete assimilation of Western ways, including Western attire, both male and female.

In the Maghreb countries the change was parallel to the movement of struggle against colonisation.  By the mid 20th century, middle-class women began using the masculine tunic in place of traditional North African dress.  The custom of covering the head would disappear and gradually, the use of the tunic was give way to clothing of European origin.

It would not be until the late 70s that a new type of veil was to emerge which completely covered the head and the shoulders and which has also come to be known as the ‘hijab’ despite not  having any aesthetic nor ideological relation to the traditional veils of the same name. 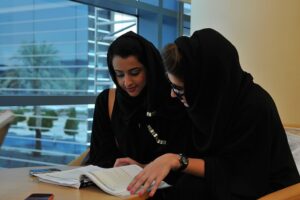 The widening use of the new hijab corresponds with the end of the pan-Arabic dream.  The democracies of the Arabic world were gradually replaced by oligarchies, monarchies and dictatorships supported by a neo-colonialist movement which came from the east.  Unemployment, poverty, corruption and lack of freedom was to create distrust for the Western model and consequently a return to traditional Islamic culture as a source of modernisation, longing to abandon the colonial and imperialist status quo.

The rise of what has come to be known as ‘Islamism’ would create an entire Islamic identity which, among other things, would manifest itself very apparently through manners of dress.  Examples of this are the widespread sight of beards on muslim men and, especially, the new hijab for muslim women.  In the same way that the hijab disappeared in previous decades, it would be young middle-class who were the first to adopt this new aesthetic which lasts to this day.

The use of hijab in European countries has provoked much discussion over the reasons for and relevance of this controversial garment.  However, analysis of a phenomenon like the hijab should not be taken lightly.

The use and meaning of the hijab varies greatly depending on location and social class.  While its use has become an obligation in countries such as Iran, by no means should the same idea be attributed to all Islamic countries.

Nor does it always constitute a family imposition, as it is commonly thought.  It is very useful to track the use of the hijab through several generations of the same family. 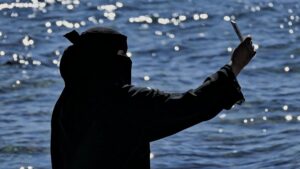 Although the origin of the new hijab is religious in nature, there should be no direct link between their use and the religiosity of the person who wears it.  Although it has certainly become an example of what is morally correct and consequently, there does exist certain social or family obligation, but in no way religious.

Likewise, although it may surprise many people, including certain western feminist movements, the hijab has become, in some cases, a sign of a feminist nature, which connects directly to the original meaning of the hijab, when women wore it to demonstrate that they were not mere sex objects.  In these patriarchal societies, the use of the hijab is to protect the women from the impertinent gazes and behaviour of some male members of society.

And finally, if we accept the premise that identifies the hijab as a symbol of the repression of muslim women, we should accept that the non-Muslim western woman is also a slave to fashion and the reflection of her own body in the eyes of others.  In short, it is necessary to understand the depth and complexity of all the things that make a woman’s body into a mere object and join the fight in a common front.