While the region implemented some of the toughest lockdowns in the world, its economies were the world’s most significantly impacted in the first two years of the pandemic. With covid an on-going concern, poverty and extreme poverty now affecting 287 million people and hunger at its highest level in twenty years social progress has suffered a huge setback. 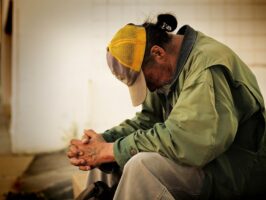 The pandemic provoked the deepest global recession since the Second World War. While global GDP contracted by 3% in the first year of the pandemic, that of the region as a whole declined by 7.5% according the IMF. And some countries like Peru fared even worse.

The policy response varied widely across the region. Goldman Sachs calculates that Argentina, Chile and most of all, Peru were the world’s most restricted countries owing to the severity of lockdowns and social distancing requirements. In those countries, governments were quick to recognise the danger of Covid and some locked down even before recording 10 infections. But in the region’s two largest countries, the response of the authorities has been very different.

In Brazil, right-wing populist President Bolsonaro likened the disease to a ‘sniffle’ while his left-wing Mexican counterpart urged its people to keep hugging each other. Overall, the region was subjected to tougher and longer lockdowns than anywhere in the world. 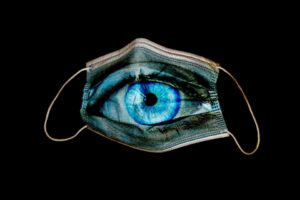 According to the United Nations, the region emerges from the pandemic with employment levels 11% down on the pre-pandemic period. Indeed, the much weakened economy limited the ability of workers to re-enter the labour market.

Overall, only 62% of the region’s workers were in employment after Covid, and both Colombia and Brazil evidenced the largest gaps compared to the pre-pandemic period, with Ecuador following closely. Meanwhile, employment has bounced back and recovered in Guatemala, Nicaragua and El Salvador.

It is one thing to be ‘in employment’, it is another to be in ‘good employment’. The pandemic has impacted on the quality of available jobs, with Panama, Nicaragua and Peru displaying the largest declines in formal employment, and informality rising again. With informality come insecurity and vulnerability.

A second indicator of the decline in quality work lies in the number of hours worked –down from 43 hours per week to 37 on average. And while a surge in entrepreneurship is usually to be celebrated, self-employment in the region tends to be a survival strategy – a last resort when no formal jobs are available.

As we emerge from the pandemic, more than a quarter of workers either work for themselves or for ‘micro-enterprises’ of fewer than four employees. 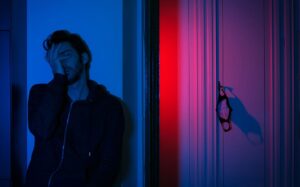 The loss of employment has disproportionately impacted on vulnerable groups, women and less educated workers.

Close to one in four of those working before the pandemic in the region reported that they no longer worked, and among those more than half of them had left the labour market all together, in particular mothers of young children, women, people in the age range 55-64, and those with only primary education or less.

CEPAL notes the ‘huge outflow of women from the labour market has taken their labour force participation rate back 18 years’. This is a huge setback.

The combined result of fewer jobs and fewer hours worked is the dramatic loss of income experienced by many. Nearly 50% of households have struggled to bring their total income to where it was before the pandemic.

Many governments sought to lessen the economic damage through expenditures and social transfers, but in an extremely limited way by global standards.

While Brazil raised welfare spending to such an extent that poverty and inequality dropped during the first year of the pandemic despite rising unemployment, support was extremely limited in Nicaragua, Mexico, Ecuador and Colombia. 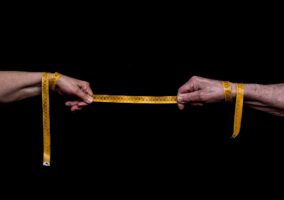 With such a heterogeneous response and the limited ability of governments to mitigate the impact of lockdowns, poverty and extreme poverty levels rose significantly.

Hunger in the region is at its highest point in 20 years, with 40% of the region’s population living with ‘moderate or severe food insecurity’, an increase of 60 million during the first year of the pandemic alone. This makes for a depressing picture. While governments across the region responded in different ways to the challenges of the pandemic, most of the reasons for the disproportionate impact of Covid in the region are structural, as we will explore in our next piece.

* Nicolas Forsans: Professor of Management and MBA Director at the University of Essex, UK. Co-director of the Centre for Latin American & Caribbean Studies and a member of many Latin American societies and think tanks, Nicolas investigates the economic and societal challenges in the region generally, and in Colombia more specifically.

Latin America in a post-Covid world:  Assessing the damage from the pandemic.