The assembly member for Guayaquil has received death threats for criticising Lenín Moreno’s government.  Now, Rafael Correa is preparing his appeal and is confident that he will win the 2021 elections because “citizens have become accustomed to living in prosperity for 10 years”.

Despite the global coronavirus epidemic, in Ecuador there is another issue dominating the news; the sentencing of the ex-president of Ecuador for corruption charges which was handed down on 7 April.

On that date, Ecuador’s National Court of Justice sentenced Rafael Correa to 8 years in prison for “aggravated bribery”.

This didn’t come as a surprise to Correa who, one hour before the sentencing, said: “There was no doubt that they were going to sentence us today”.

“We already knew the sentence, this is part of a Lawfare strategy and it is political persecution”, emphasizes Ronny Aleaga Santos, a political adviser specialising in logistics, social action and territorial organisation who is heavily involved in Rafael Correa’s defence.

Aleaga Santos is an Assembly Member in the Province of Guayas for the Bancada de la Revolución Ciudadana (Citizen’s Revolution Party). The movement was created by Correa when he started his term in 2007 which lasted for a decade. During this period, there were improvements in health, education, technology and agriculture. “Glorious times which are now missed”, Ronny explains.

But the government in Ecuador is determined to prevent Rafael Correa from running in the 2021 elections as the vice-president of the Fuerza Compromiso Social (Social Commitment Force).

For the government, lawfare has been its weapon; a manipulation tactic that has been used by the right in Latin America in the 21st century which has brought down many democratic governments. It was used to overthrow Lula da Silva in Brazil, Cristina Fernández in Argentina, Evo Morales in Bolivia, the Ecuadorian vice-president Jorge Glas and others.

Despite the difficulties in defending himself in light of the continual falsification of information and political persecution, described by Rafael Correa as the Condor Plan 2, Ronny Aleaga explains to The Prisma that “we must not get disheartened; we have mechanisms in place to continue our fight”. “The most vulnerable sectors of our country have come to realise that the government’s strategy is to divert attention to cover-up its own incompetence”, he adds.

What does the appeal process involve, taking into account the political persecution of Rafael Correa?

We have submitted the evidence, the latest was to the lawyer Fausto Jarrín, which has gone through digital forensic analysis in a Colombian company. In addition, the evidence submitted by the government is forged, it does not correspond to the years set out by the State Attorney in its case. This alone would be enough to drop the charges.

Unfortunately, this is part of the Lawfare strategy, and this evidence was not accepted. We already knew the sentence, it’s blatant political persecution.

In the midst of a world health crisis, the government has found time for the National Court of Justice to unlawfully and arbitrarily sentence Rafael Correa, Jorge Glass and their colleagues.

The Ecuadorian government is power hungry and exercises state control over the National Assembly, the judiciary, the National Electoral Council and the Citizen Participation Council. In addition, it has the support of the banks, businesses and the media.

But when the lawyers and international jurists impartially and objectively analyse the case, they will see that all of this has been orchestrated. The Ecuadorian government will face national objective justice. 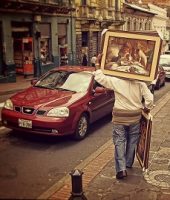 I am a member of a party of 29 legislators, we are doing everything we can as permitted by law and the constitution. When there is a democratic government, the current regime will have to answer for its actions politically and in a civil and criminal court.

We must not get disheartened; we have mechanisms in place to continue our fight.

Whilst the attacks are getting stronger, they are making us even stronger. The most vulnerable sectors have come to realise that the government’s strategy is to divert attention to cover-up its own incompetence.

Citizens have become accustomed to living in prosperity and stability during Rafael Correa’s 10 year term, and they miss these glorious times. We have every confidence that we will succeed in 2021.

The people have come to realise that this forms part of a regional strategy, similar to what happened with Lula da Silva in Brazil or Cristina Fernández in Argentina. There are also the systemic attacks against Nicolás Maduro in Venezuela and Evo Morales in Bolivia. He won a democratic election, was unlawfully and arbitrarily removed and at that point, there was a coup d’état. 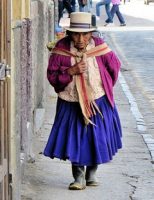 t is a strategy that seeks to block progressive governments. It is a strategy used by the obstinate right which fundamentally fails to understand that, in order to have a better coexistence between human beings, the human being must be given priority over capital.

Are they using the coronavirus crisis to divert attention away from Correa’s sentence?

Look how far human misery can go, and the policy decisions that the country’s authorities are making in these tragic circumstances.

In this coronavirus crisis, the lives of our Ecuadorian brothers and sisters is the price being paid.

The hospital system and the forensic science system have collapsed, and this is due to the fact that the government has dismantled the institutionalisation of the state and the public health system.

In addition, it has put terrible people in its administration and there has been widespread corruption in and around the purchase of medical supplies.

This health crisis is seriously affecting the province of Guayas, particularly Guayaquil, which has been the epicentre of mass infections. In this region, the bodies  of many dead people have had to be left in their houses and on the streets for up to five days.

Will this progressive wave come back to take a prominent role in Latin America, similar to the political situation in the first decade of the 2000s?

Of course, this change cannot be reversed. The [actions of the] right have ensured that the people have noticed the higher standard of living of those classes most in need when a progressive party is in power.

They have also noticed the neglect and deinstitutionalisation, the lack of access to basic amenities, to the health system and education, and the lack of work when a right-wing party is in power.

Lenín Moreno and Guillermo Lasso have been exposed for what they really are; people without souls, without hearts, who only care about pushing their personal agendas of self-fulfilment and economic gain.

They don’t care about the lives of Ecuadorians who have suffered so much, and that over the last three years have felt the onslaught of measures that threaten their well-being. Not even in matters of life and death.