Despite its wars (Bosnia, Rwanda), the 1990s seem, in retrospect, to have been a time of optimism and hope. 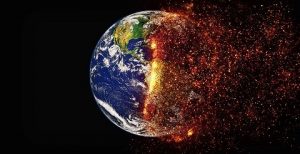 As the new millennium dawned, it seemed that liberal, and neo-liberal, dreams of a one-world, globalised and democratic system, might spread throughout the planet.

How far away that seems now. It was, to borrow Acton’s phrase (which he applied to Communism), ‘the illusion of the epoch’. But we are fated never to perceive the true significance of our era. Only with hindsight may we discern the delusions, which were situationally obscured at the time.

Today we can distinguish several developments, which have revealed the failure of those ambitions.

This is far from as Hardt and Negri ‘s 2000 prediction of the nation-state withering away, and multi-national companies replacing it, in a postmodern form of ‘Empire’.

Instead, the nation-state was revived, as a guarantor of economic stability in 2008, and public health protection today; tasks which business can never do, with its bottom-line of making profit.

But this ‘positivist’ role for the state is dialectically linked to its revival as ‘negativist’ sponsor of racism, xenophobia and prejudice.

These aspects of the nation-state are twins, representing the retreat from international cooperation and responsibility. 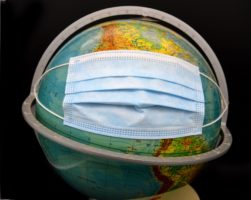 It may have really been an ideology legitimating big business, rather than the little people; but its rejection has coarsened the terms of political debate, with such events as Brexit.

But this is not an analysis. It’s just a list, albeit one which exposes an illusion. We still have to discover an explanation for these interlocking epiphenomena.

So let’s talk: what has caused this imminent demise of our global civilisation?