Syria has been in a state of war for ten years and President Bashar-al Assad is still in charge of the country. The increasing evidence of his military victory has come at a devastating price: over 400,000 Syrians killed and a refugee crisis named by the UN as the largest man-made disaster since World War II. 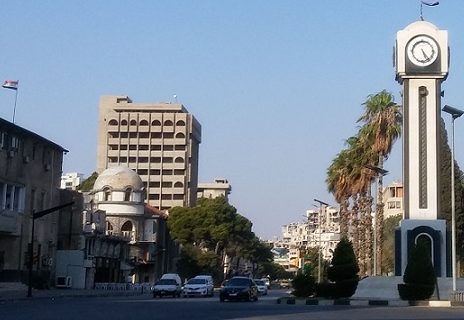 “Syria in perspective” offers his analysis of the war. It begins with a stress on the historical nature of the country’s multi-religious character and, opposing this, the international makeup of jihadists who fought the Assad regime.

The author regards those fighting on the side of Assad as not necessarily his supporters but as Syrians defending a society based on religious coexistence and opposing jihadist demands for an Islamic state.

Opposition to Assad surfaced within the country in 2011 as a protest against social and economic inequalities and the state’s repressive security forces.

The situation was exploited by Islamist forces outside the country and regional powers became involved: Iran aided the government; Saudi Arabia, Qatar, Jordan, Israel and others gave support to opposition groups.

Sapag provides an invaluable breakdown of the geopolitical forces involved in the conflict, including involvement by Turkey, the US, France, the EU, Russia, Lebanon, Algeria, Spain and Latin America. 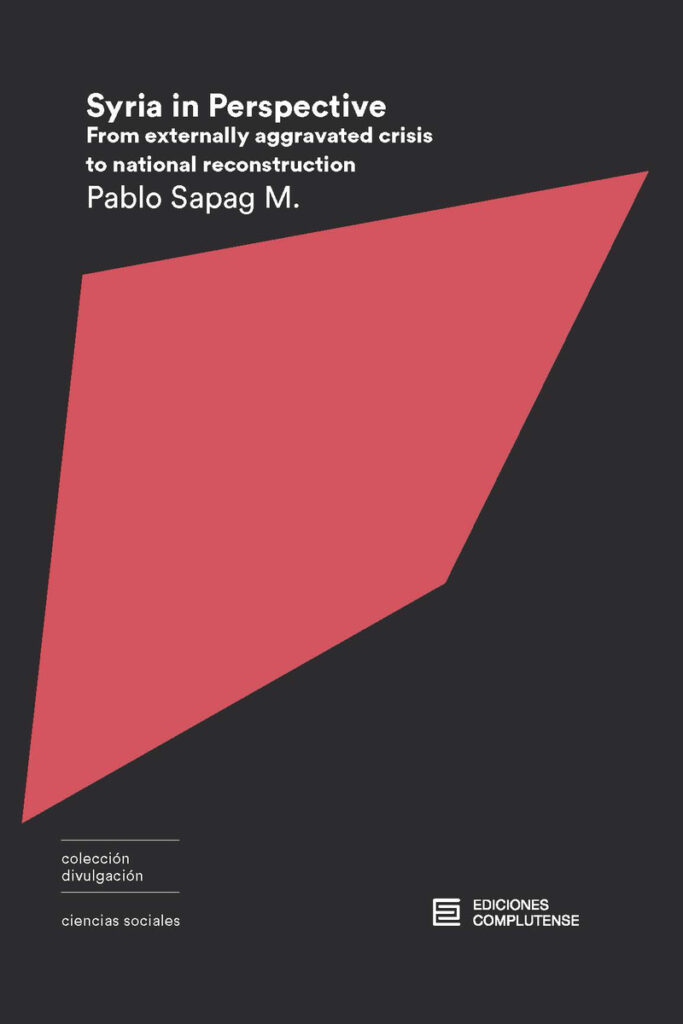 The use of propaganda is central to the author’s analysis.

He describes the state’s suspension of the internet and mobile phone services as a means of preventing insurgents from communicating with the likes of CNN, the BBC, Al Jazeera, The Guardian and The New York Times – media which the author sees as too ready to embrace a heroizing narrative that pitted virtuous rebels against a vindictive state embodied in the figure of Bashar-al Assad.

At this point, one wonders if the author, having explicated the complex nature of the conflict, isn’t himself at risk of simplifying matters by positioning Assad as the beleaguered head of a non-denominational society that offers a guarantee against the danger of succumbing to Islamofascism.

Sapag vigorously rejects any suggestion that excuses are being made for Assad’s regime.

In my email correspondence with the author, he points out that the civilian nature of the protests in 2011 and criticisms of the Syrian government are acknowledged in his writing.

But when the murderous brutality of Assad’s response to citizens’ dissent is explicitly referred to – the bombing of civilian neighbourhoods – it is in the form of a quotation from the White Helmets, an organization that is presented in negative terms.

This presentation is perhaps itself one-sided and, given well attested facts about the government’s willingness to kill its own citizens, some of the contextualising feels disingenuous. 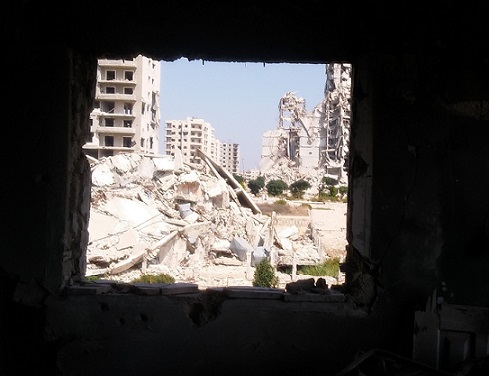 After all, it was the government’s resolve to violently crush civilian dissent that triggered the explosive situation that then became open to exploitation by outside groups.

Failing to blame Assad for the consequences is akin to absolving Johnson’s government of responsibility for unnecessary Covid-related deaths in the UK. The war in Syria may be drawing to an end but the legitimacy of Assad’s regime is more questionable than it ever was.

This book, contentious in places, is essential reading for understanding the ongoing suffering of Syrians.

“Syria in perspective” by Pablo Sapag M. is published by Ediciones Complutense