What the coup government of Jeanine Añez meant for the lives of Bolivians was devastating, as it threw overboard the achievements of Evo Morales. The author tells the story of how, after that year of repression, violence and corruption, changes began to be felt with the arrival of Luis Arce to the presidency.

Nothing too surprising here, a popular refrain among activists in Latin America goes like this: “whereas Ecuador’s Lenin Moreno took 3 years to wreck both the achievements of the Left government and the country’s economy, Bolsonaro did it in Brazil in 2; but Añez did it in only 6 months”.

Thus, one of Añez’ first measures was a wave a mass lay-offs of public employees, compounded by a total lack of state support to companies, business, and workers in trouble due to the Covid-19 pandemic. With regard to the pandemic, instead of taking extra measures of support, just as contagions and deaths raged, the de facto government not only expelled hundreds of Cuban doctors who were in Bolivia as part of Cuba’s collaboration with Evo’s government –literally days after the coup d’état – it also refused point blank to allocate extra resources to health so as to strengthen the fight against Coronavirus, and, for good measure, it reduced expenditure on health.

But, when, forced by the pressure of mass mobilization, to make available extra resources to purchase health inputs, the minister in charge engaged in gross corruption leading to his resignation but not to a serious investigation or trial.

The new authorities of Arce’s government have already instigated investigations in ‘emblematic’ corruption cases such as the overcharging in the purchase of ventilators; the hiring of cronies to work in state companies with huge salaries or unjustified stipends; millionaire ‘emergency’ contracts in YPFB (state/gas oil company) without due process or public legal tender thus massively defrauding the company; millions paid in ‘ghost’ contracts for public housing; and so forth.

Worse, by the end of 2020, the de facto government did not yet have a list of the companies that had closed down business caused by the pandemic, nor a clear idea of how many jobs had been lost in the country’s economy, even though the information was available.

According to the Centro de Desarrollo Laboral y Agrario (Labour and Agrarian Development Centre) not only had poverty massively increased but unemployment had jumped from 4,3% to 9,6% in a country where the informal sector of employment has reached 80%.2

The neoliberal response of the de facto government to poverty, unemployment and the biting economic crisis was not policies but repression, thus thousands literally went hungry. A report at the time (May 2020) informed that about 1,7 million Bolivians were unable to cover the costs even of a basic food basket.

The total neglect and lack of measures by Añez and Co allowed the pandemic to wreak havoc among the poorest with hundreds of thousands being infected and thousands dying.

Thus, as Añez’ ‘interim government’ added illegitimacy to illegality, brutality to incompetence, and neoliberalism to corruption, the consequences of such a terrifying ‘Bolsonaresque’ cocktail the situation had created nearly 2 million new poor. And invariably their explanation to any criticism of such messy governance was to blame everything on Evo Morales and the MAS-IPSP government.

And, as night follows day, Añez’ neoliberal ‘urges’ led her to end up requesting unnecessary financial emergency assistance from the IMF, which immediately obliged by issuing a loan of US$327 million with the customary onerous conditionalities undermining Bolivia’s hard-won economic sovereignty.

By 2020, the economy had shrunk by about 10% causing further unemployment, hardship and hunger, leading to mass protests, and, of course, more repression. Añez’ by now infamous minister of interior, Arturo Murillo, in response to this mass political opposition, said, “firing bullets [on protestors]would be what is required politically”.

This was not idle rhetoric; the repressive forces had already perpetrated two massacres in November 2019, in Senkata (La Paz) and Sacaba (Cochabamba), about which a human rights organization reported 36 people dead and over 500 injured, describing the situation with the eloquent title “They shot us like animals’3.

As Añez’s government was only temporary with no constitutional or legal authority to change anything since its only task was to organise national elections, the extreme right wing coalition holding the reins of power used the pandemic as an excuse – about which it was doing very little – to postpone the elections, which it did four times.

Thankfully, through mass pressure, political discipline, intelligent unity in action of the MAS-led mass movement, and the use of a few positions in the existing political edifice, the people managed to persuade (actually force) Añez’s de facto government to accept a legal decision by Parliament to hold elections on 18 October 2020, with the extraordinary above-mentioned results.

When the newly elected president, Luis Arce, who had been Evo’s minister of economic policy and architect of Bolivia’s impressive economic performance in the 2006-2019 period, announced that as his first political decision he was restoring full diplomatic relations with Cuba, Venezuela and Iran, it sent shivers down the spine of right wingers from Patagonia all the way to the Klondike. 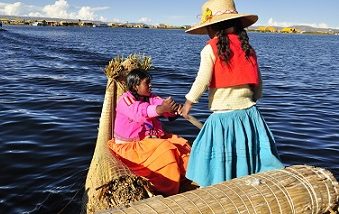 rce’s first economic measures were as interesting. First, there is the Bonus Against Hunger of 1,000 Bolivianos (US$150 / £100) aimed at the most disadvantaged (disabled, pregnant women, the elderly, the poorest, etc.) that will benefit about 4 million people.

Secondly, a reduction of the tax on credit card payments from 13% to 8% and returning the difference (5%) to the customer, the return of VAT to low income people, and a tax on large fortunes over their assets on real and non-real estate, and income.

Thirdly, to enter into negotiations with multilateral bodies (World Bank and Inter-American Development Bank) to obtain credit without economic or political conditionalities attached, and including a moratorium and condoning the country’s debt and the interest on it.

Fourthly, if at all possible, avoid devaluation of the national currency so as to encourage economic growth, and foment import substitution among other reactivating policies.

Fifthly, strengthen domestic economic demand so as to help reactivate economic activity via subsidies to the poorest and other segments of society.

Sixthly, professionalization of the judiciary through merit and qualifications not by political quotas determined by the relative strength of existing political forces, a method Arce characterised as “useless”.