What started as a protest against tax reform and other similar education and health measures, cuts that were undoubtedly neoliberal, has become a veritable storm of rage and indignation, a fight against the poverty that these reforms do nothing but exacerbate. 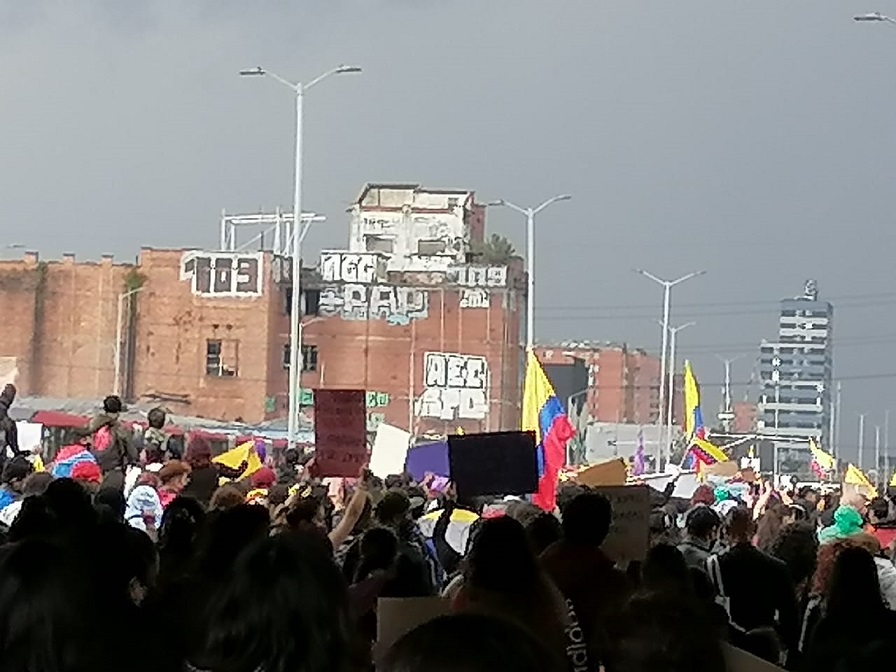 The widespread protest movement currently shaking Colombia is directly rooted in a tax reform with profound impacts for the working classes. It also affected the middle classes, while benefitting the super-rich and the transnational companies that plunder the country’s wealth.

The strike also sparked the spontaneous mobilisation of millions in the shanty towns, home to Colombia’s poor – which now includes at least 50 per cent of the population.

The national strike, called by the trade union organisations, has become a mass protest movement that has surpassed all expectations and shows no signs of abating, despite the government’s withdrawal of the tax reform bill…“in order to improve it”. 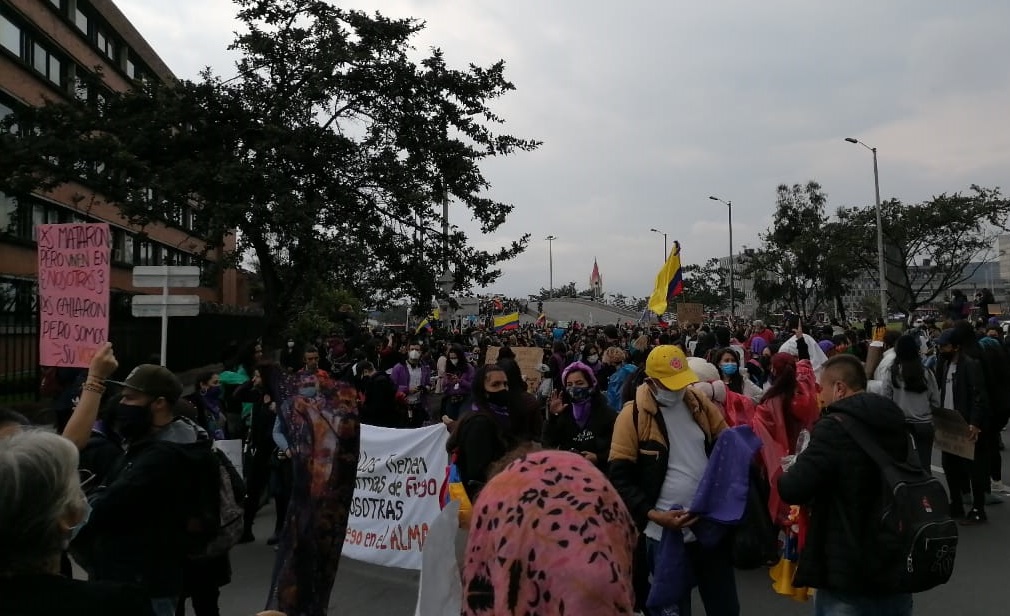 At the time of writing, the slogan ringing through streets and homes was: “The strike continues”. Indeed, since 28 April, the protests have not ceased.

Colombians are outraged for a thousand reasons: the scandalous corruption of public officials and politicians, who ransack the national purse with impunity; poverty wages; huge unemployment; the clumsy and classist handling of the pandemic; the thousands of people forcibly disappeared and executed by the army, the paramilitary and the police; and the aggressive “peacekeeping police”, who submit the population to brutal forms of repression, including the rape of women and girls (particularly in the countryside and the provinces).

Colombia has now recorded one of the highest percentages in the world in terms of massacres, which happen daily; assassinations of social leaders and activists; genocide of ethnic minority groups; and systematic extermination of guerrillas, who welcomed the peace agreement that was solemnly signed to put an end to the war, but which the present government is refusing to uphold. 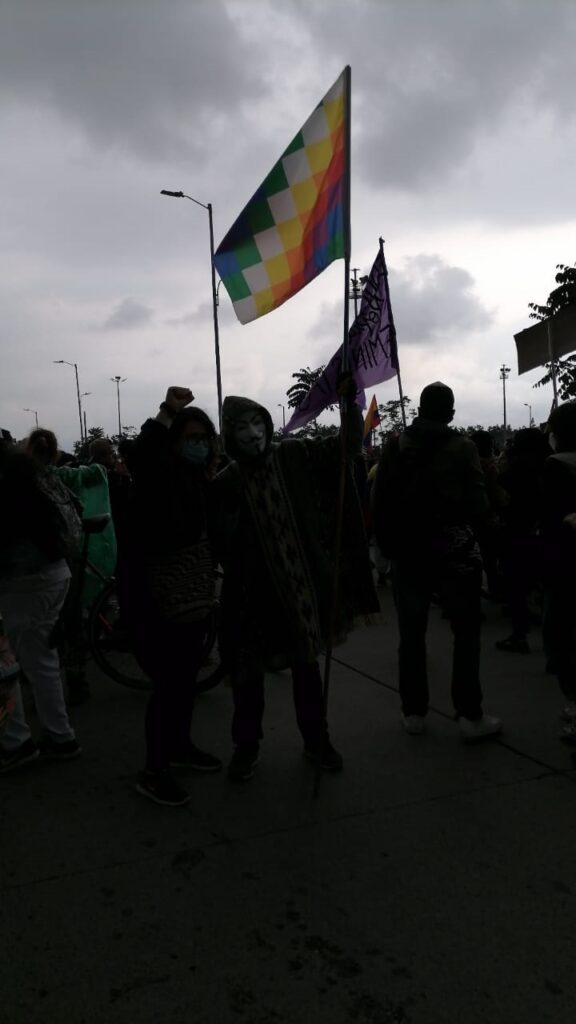 Thousands are exiled and millions internally displaced, yet the international press is largely silent, while the local media minimises the situation.

The Colombian people are being denied their must fundamental rights; they are unable to enjoy the fruits of a country rich in resources, while the ruling classes delight in luxury and laziness, selling the image of stable democracy to the world.

It is therefore unsurprising that the protest has filled plazas and avenues, defying the repression, even to the point of death.

Although the government has withdrawn the tax reform (which did not even have the backing of members of congress in its own party) it has not ruled out proposing another with the same objectives.

Duque hopes that this retreat, and the resignation of his Finance Minister, will take the wind out of the protest’s sails and, in the future, secure another reform equally damaging to the interests of the majority. He hopes to do the same for the other reforms that have unleashed this general outrage.

But the National Strike Committee, which now unites diverse social organizations and interprets the broad and spontaneous public outcry, upholds the movement and grievances that have brought millions of people out onto the streets.

The aim of the organisers and the general public now seems to be not settling for promises that the government will never keep, but rather pursuing their proper fulfilment. The popular protests that took place in Cali, the most prominent example, have now spread throughout the country.

Nothing seems able to stem this popular avalanche: neither the false promises of the Duque government; nor the opportunistic manoeuvres of numerous traditional politicians, who are now trying to take advantage of the situation to improve their tarnished image; nor the acts of sabotage by police and paramilitary infiltrators, who stoke incidents and disorder to discredit the movement; nor the brutal official repression that, according to reliable data, had taken the lives of 31 people as of Tuesday.

This avalanche is also the cry of the perpetually humiliated and mistreated, who have risen up to claim what is rightfully theirs.

Colombians hope that people around the world, in a show of international solidarity, will back them in their fight and demand that their respective authorities clearly condemn the Duque government.

Diverse voices have risen up in support of the Colombian people, including the United Nations and the European Union, demanding that Bogotá brings the massacre to an end. These voices are asking for the euphemistically named “forces of law and order” to be controlled, especially those detachments specialised in repression, trained and advised by the United States, Israel and some European governments. These police forces are characterised by their ferocity and their systematic violation of fundamental rights with impunity. 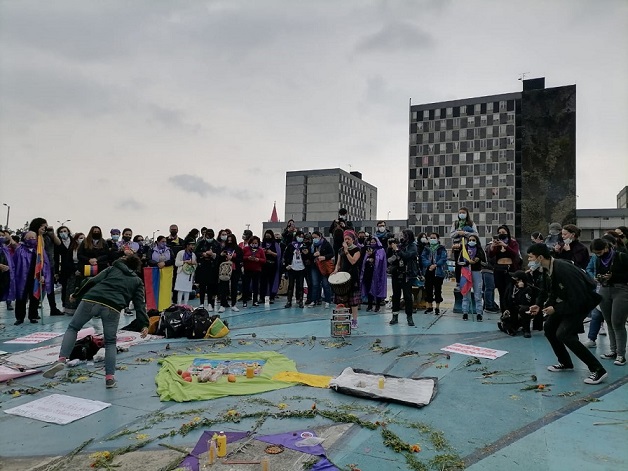 Even voices from the local bourgeoisie are letting the Duque government know that its actions are not only clumsy but also incendiary, and that the consequences could be catastrophic, given the general system-wide crisis.

This bourgeoisie is particularly talking about the next presidential elections, in which the left and the citizen protest movements can advance a programme of extensive reform to push Colombia towards a nationalist and progressive government, like the others that seem to be gaining ground across the continent.