As a figure in world history Martin Luther has a place alongside Alexander the Great or Napoleon, individuals whose actions shaped the world for centuries after their death.

Just as there are still cities named after Alexander, just as secularism in France today owes its existence to Napoleon, the split within Christendom between Catholics and Protestants is directly traceable to a bullying anti-Semite who nailed a list of propositions to the door of a church in Wittenberg in 1517.

Early followers of Luther were called Wittenbergers and the whole business of naming in the Reformation is discussed in a chapter which is mostly about Luther’s own penchant for insulting his followers with ridiculous labels.

He liked to use excremental images when attacking Paul 111, the “ass-fart Pope”, and hostility to the papacy was central to his beliefs. He is said to have repeated a prophetic curse before he died: “Living I was your plague, O Pope, dead I will be your death”. 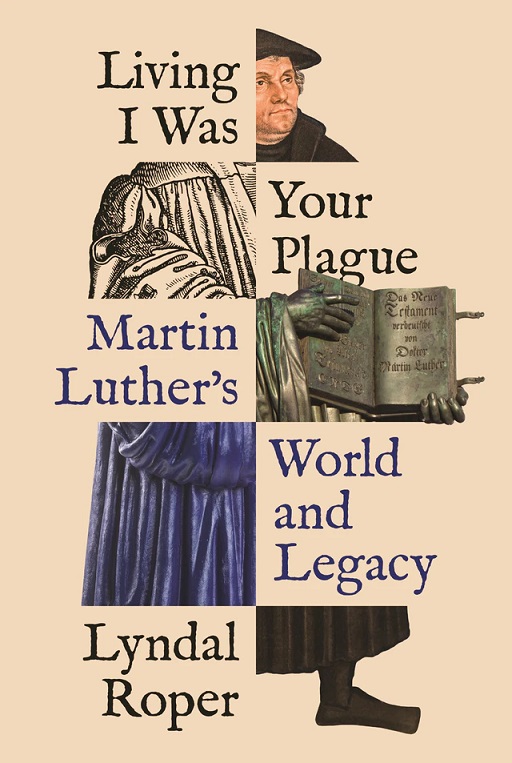 Luther’s anti-Semitism was phobic, its roots far deeper than the intellectual and theological differences between Judaism and Christianity.

Luther’s virulent hatred made him obsess about circumcision and in one diatribe he calls for synagogues to be burnt down, homes demolished and Jews put into reservations for forced labour – a chilling expression of a social pathology in European thought that would lead to Auschwitz.

Only psychoanalysis can attempt to explain this, especially in light of the similarities between Luther’s religion and Judaism: prioritizing scripture; downplaying Mary; non-celibacy for its teachers; and with little to say about the afterlife.

Lyndal Roper’s book is a study of masculine posturing, hate speech and other distasteful aspects of a certain kind of male.

She also shows how Luther’s initial success was bound up with a marketing campaign originating in the workshop of the artist Lucas Cranach.

It began with portraits which were then copied on medals, drinking vessels, book covers and tiles; Luther would have taken to Twitter with Trump-like zeal.  Modern artists offer more provocative pictures of the man, highlighting his aggressiveness or, as Neel Kortewg does in her portrayal, emphasising his complacent anti-Semitism by his holding of a gold ring, the symbol Jews were forced to wear.

One artist’s portrayal of Luther aligns him with whistleblowers like Edward Snowden, a reminder that there is a heroic side to the man who defended his beliefs when he could have been burnt at the stake as a heretic.

In Roper’s intelligent and absorbing book, she makes a passing mention of socks being made for the 500th anniversary of the Reformation in 2017. They bear words Luther is said to have spoken when appearing before the Emperor Charles at the Diet of Worms – “Here I Stand” – wittily recalling an unfunny monk who married a nun and took on the power of the Papacy.

“Living i was your plague: Martin Luther’s world and legacy”, by Lyndall Roper, is published by Princeton University Press