This is the name given to an unprecedented crisis in the maritime transport, which has broken the synchronism of the flow of raw materials and production. The global production chains are the most affected. 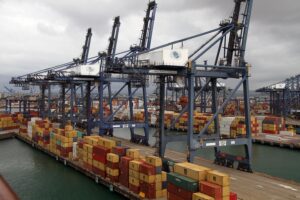 In the Colon  Free Trade Zone (Zolicol) in Panama, the second largest in the world, the shortage of warehouses and the poor hope for a solution are daily chatter among businessmen and employees.

Several outlets tell shoppers about the last stocks of some merchandise, even if they have no supply options in sight. Others reduced the variety of their offerings or dropped traditional product lines from the shelves. The excessive increase in freight rates, mainly from China, which is Zolicol’s main supplier, and delays in the arrival of orders to Asian factories, seem to be the only reasons for substantial increases in wholesale and retail prices in the last few weeks.

Private conversations with some business owners revealed that another reason for price spikes is to recover the losses caused by the paralysis of the most vicious phase of the Covid-19 pandemic, which led to the closure of several entities.

The domino effect of the container crisis ends up with the pocket of the end consumer suffering and the diminished supply, the jamming of the global trade chain, also interrupted when the planet came to a standstill with the isolation of entire countries. 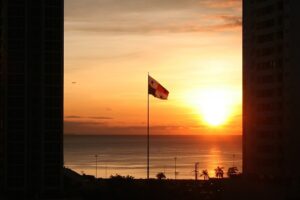 The explanation for what is happening has several aspects, the first of which is that, due to the demand for items to deal with the health situation, the shipping companies moved an infinite number of containers that did not return to the production centres, mainly in Asia, so that now there is a shortage of goods to be shipped.

In the monitoring of the production flow, raw materials, parts, pieces, and semi-finished products decreased the supply to the industries due to shortage of shipments, which in turn stopped production due to these causes and also due to the illness or quarantine of workers.

The same is true of the major Chinese ports, through which the largest volumes of goods are exported to Europe and America, because their facilities allow the largest ships currently plying the seas to operate.

Freight rates quintupled in some cases due to the supply-demand effect, which harmed the movement of low-priced items, because they almost equalled their value, which is impossible for traders to place them in the market due to the high amount that is transferred to the final price, specialised sources pointed out. 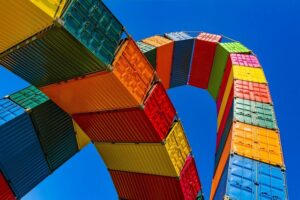 According to experts, the prospects for a return to normality in the maritime industry are by mid-2022, but pessimists say that tariffs will not return to pre-pandemic levels. In this sense, the world seems to be heading for a crisis with no way back. PL)