November could be a stormy month for Argentina. The legislative elections are coming up which will, over the next few days, keep the panorama and society on tenterhooks, as the economy groans with every election. 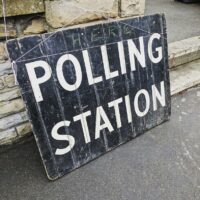 An example of this is the frightening and constant rising of the ‘blue’ dollar (that is traded here in parallel with the official one) which continues devaluing the peso on the street, and has an immediate effect on supermarket shelves, markets and, of course, pockets.

In just the last few days, it climbed from 185 to 196 and was even just about to reach 200 Argentinean pesos.

Precisely to avoid inflation continuing to affect households, Alberto Fernandez’s government has implemented a series of measures that ranges from the stocks of meat exports, a rule that expired yesterday, up to the most recent freezing of the value of 1,432 products for 90 days, which some business owners opposed.

In a year that has been hectic, this penultimate month would seem to be one of definitions but also one of hope in an Argentina that is leaving behind the awful period of a pandemic that, at the present time, has left around 116,000 dead and 5,300,000 infected.

Today, the authorities are warning people not to let their guard down, as now it is allowed to travel through open-air spaces without masks and to have 100% capacity at concerts, shows and football stadiums.

Another challenge is that the country will be able to accept tourists from around the world if they have had the full vaccination schedule and the documentation proving it.

They can do so without the need to do an antigen test upon arrival, but they must have a negative PCR from 72 hours before, and there will be controls that the personnel of the Ministry of Transport in airports will put into place. 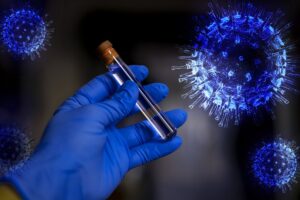 There are many challenges ahead for these remaining weeks in November.

Eyes are especially on the general elections on the 14th, and this is felt strongly in the capital, where at the weekend the militancy of different political forces was the order of the day in the central neighbourhoods and locations.

For the party in power, Frente de Todos, it will be even greater after the poor results from the Primary, Open, Simultaneous and Mandatory elections (PASO) in September.

In these elections the greater political force of the opposition (Juntos por el Cambio), came out stronger in 16 of 24 districts and is walking confidently to the polls. But in this country, nothing is written in stone.

Issues such as the economy, health and education, security and justice, are the biggest concerns of an electorate that urgently needs short- and medium-term answers to slowly get out of the ravages that the pandemic has left behind. In addition to the complicated economy which was already in trouble a long time before this unprecedented period of recent history.

With all their candidates on the streets, the Frente de Todos has stepped out to defend its politics. The strongest opposition force, Juntos por el Cambio, and other coalitions such as the Frente de Izquierda have done the same. 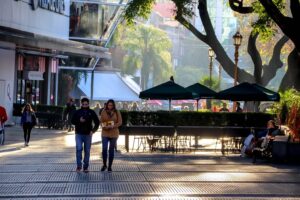 The competition also moves to the beat of a campaign of vaccination that started almost a year ago and, since last July, has allowed them to take gigantic steps towards today reaching the immunisation of minors and already thinking of the booster jabs for those who have had the complete dosage.

There are only a few days left, so a decisive month is looming in this final stretch of 2021, in which the vast majority of Argentinians are putting their hopes in repairing the country and leaving one of the most hectic periods in human history in the past. (PL)