After a war spanning two decades that cost thousands of innocent lives and forced millions to become refugees or internally displaced, Afghans are fearful; winter is setting in and drought has destroyed the agricultural production of the country, whose precarious situation has been exacerbated by the Covid-19 pandemic. 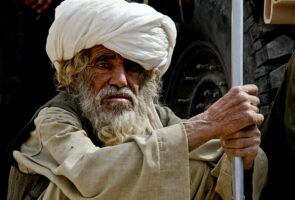 The Islamist fundamentalists who captured Kabul in mid-August are keen to enter into dialogue with the rest of the world, even the invading United States, in an attempt to avoid the Afghan population being caught up in the grip of the humanitarian crisis.

Griffiths urged the G20 to worry about the situation in Afghanistan, as the country’s economy stands on the brink of collapse and half of the population is suffering hunger, The Khaama Press news agency reports.

The needs in Afghanistan are sky rocketing for all kinds of reasons, but half of the country’s population now faces the possibility of not having enough food and not knowing where their next meal is coming from.

Moreover, half of children under five years are at risk of suffering acute malnutrition, Griffiths added.

He urged countries around the world to give money to tackle the humanitarian crisis in Afghanistan, stating that humanitarian aid is unconditional: it is needed whoever is ruling and wherever people are in need.

The onset of winter is also worrying, as the need for food assistance, which is currently provided to four million Afghans, is likely to increase three-fold. 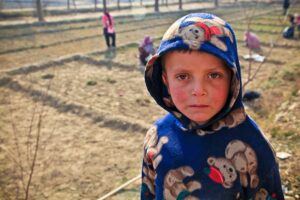 Since the Taliban seized power in Afghanistan, the devastated country has been plunged into crisis and relies on international assistance.

Insurgents took power in mid-August, as the United States and NATO withdrew their troops after more than 20 years of military occupation and billions of dollars spent on war expenses, which left thousands of Afghan civilians dead.

Afghanistan is now poorer than it was two decades ago; five million of its population are internally displaced and the majority face hunger.

Considered the seventh poorest nation on earth, Afghanistan is at an economic crossroads. The United States has frozen 9.4 billion dollars in assets belonging to the Afghan central bank.

Likewise, the World Bank blocked funding for development projects and the International Monetary Fund suspended the country’s access to its reserves, including 440 million dollars in new monetary reserves.

The suspension of financial assistance is a heavy blow to an economy largely dependent on foreign aid, and which is also facing rising food prices.

David Beasley, Executive Director of the World Food Programme (WFP), said in a joint statement with the United Nations Food and Agriculture Organization, that more than 22 million Afghans, out of a population of 38 million, will suffer food insecurity this winter. 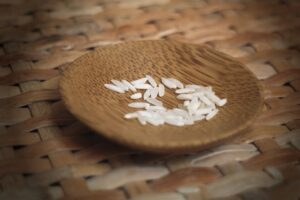 Afghanistan is becoming the world’s biggest humanitarian crisis, with needs surpassing those in Ethiopia, South Sudan, Syria and Yemen, according to a WFP report.

“We cannot allow Afghanistan to be a collective failure – the international community must prevent the crisis from becoming a catastrophe,” warned the WFP.

“Things were already desperate, and now continuing drought, escalating displacement, the collapse of public services, and a deepening economic crisis have driven the entire country to the precipice,” it added. Job losses, lack of cash and soaring prices have pushed the humanitarian crisis to a new high, creating a new class of hungry. According to Jean-Martin Bauer, a WFP food security specialist who worked on the report, “children and older people are at particular risk.”

Meanwhile, the Taliban government has launched an aid programme offering wheat in exchange for labour, but United Nations agencies warn that the humanitarian response plan has only received one-third of the funding needed. (PL)