This is not the first time, nor will it be the last time, that governments have approved measures to combat global warming without such agreements ever being implemented. 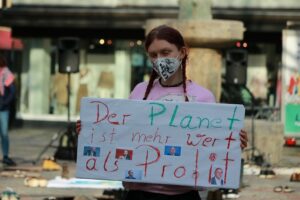 This seems to be the concern that is sparking protest demonstrations all over the world, especially by collectives of young people and environmental groups. All are basing their demands on the analyses of the leading voices of science and the social mobilisations of various groups.

These mobilisations range from rural communities affected by deforestation, open-cast mining, infrastructure construction and agribusiness to urban dwellers (in an already highly urbanised world) who are literally drowning in increasing pollution. The question is why these scientific recommendations are not taken up as a matter of urgency by most governments and what are the real reasons blocking the necessary political decisions.

But, above all, we need to know who has the clearly immense power to prevent national and international authorities from deciding, on behalf of the vast majority of humanity, what to produce and what not to produce, so that economic activity does not cause the often irreversible damage that is endangering the very survival of the human species and the world as we know it today.

The underlying reason lies with those who actually decide what to produce and what not to produce.

In the current capitalist order, the primary consideration guiding the conduct of the owners of capital is to ensure profits, even if this means subjecting workers to conditions of ruthless exploitation, and imposing on the natural environment a plundering that deteriorates it, sometimes irreversibly. In the best of cases, it imposes on society the high costs of trying to repair the damage caused.

This is a principle of the very nature of capitalism that the current neoliberal model accepts without any limitation whatsoever, and that has become the very core of economic activity, the only way – they claim – to ensure progress.

This is the way they understand freedom. They leave to the state alone the task of securing this order of things, albeit by means of excessive repression.

Such repression does not exclude forms contrary to the bourgeois rule of law: in the cities, the current manifestations of neo-fascism of the most extreme neo-liberal right and on the periphery of the system – the poor and “dependent” world – the revival of new forms of colonialism that allow transnational corporations to literally proceed as new conquerors of the New World.

As long as this global correlation of forces does not undergo significant changes, the recommendations of science and the solemn proclamations of COP26 and similar forums cannot be fulfilled.

But the current crisis of the neoliberal model in the world imposes on capital the need to seek solutions.  The environmental issue is one of the main ones.

This is because the decision of what to produce and under what conditions can no longer be the exclusive task of businessmen. It is necessary to return to the State many of the functions that have served the system – in the Keynesian model – to promote the improvement of general living conditions and to establish certain indispensable controls to prevent the excessive ambition of the entrepreneur from putting the system itself at risk. 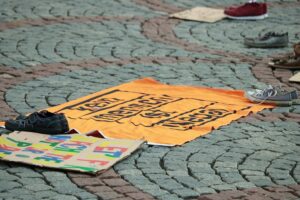 The main centres of world power and their respective governments seem to be inclined towards this pursuit. Only the unbridled promoters of the neoliberal model insist on maintaining that model unchanged (this is almost always done by the so-called extreme political right). Sensible sectors of the establishment suggest the need for changes, many of which could be similar to the proposals of science and events such as COP26 and similar events.

In Europe, for instance, two sectors of big business seem to be committed to orientations of this kind: energy and automobiles, both of which are very important in the system as a whole. Of course, both require generous public resources for research and direct investment.

So-called renewable energies (solar, wind, hydrogen and the like) as a replacement for coal, gas and oil not only have a very significant impact on reducing global warming, but also allow the EU to find substitutes for some of the very scarce resources in the Old Continent.

Atomic energy continues to be a subject of intense debate because although it does not contribute to global warming, it does have a very negative impact on the environment through the waste that is generated.

The fact that governments are the ones driving such projects politically and economically does not seem to worry the ideologues of the current model of capitalism who until yesterday claimed “the tate is not the solution, it is the problem”.

But this is not a new behaviour of capital; it has always acted like this when in crises it needs public help.

The same is true of the traditional car industry, which is now betting on the electric or hydrogen car. If this conversion is achieved, the air in big cities will become breathable to a large extent.

If the major investment (in research and financing) were always made by the state it should lead to the regaining of the role of the public sector in the economy.

An important step will have been taken if decisive control only over production is restored to the state. It will be much better if, by overcoming the neo-liberal model, areas of the economy that this model literally gave away to private initiative are recovered for the public sector.

As far as the periphery of the system (the world’s poorest people) is concerned, some measures can limit corporate action that causes serious damage to communities and to nature itself.

Such policies will only be the fruit of progressive governments that manage to subdue their own bourgeoisie (so servile and protected) and establish new, mutually beneficial links between their countries and the metropolitan powers. It is about eradicating deforestation (in the Amazon it is dramatic); ending the inhuman forms of open-cast mining and oil and gas exploitation, which subject populations to misery and plunder resources that should be directed to the very development of their nations.

It is a question of radically changing agriculture, prioritising the domestic market and seeking food sovereignty, limiting or eliminating – if possible – the current agro-industry.

Measures such as these would make the COP26 agreements realistic.