Governing is not necessarily synonymous with power, as progressive nationalist governments in Latin America can attest, especially those opting to create a new social order that goes beyond overcoming the current neoliberal model. 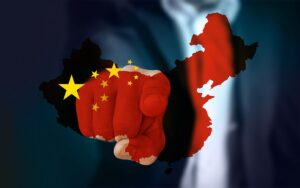 The progressive left must therefore be aware that in addition to fighting to gain power, the government must ensure that effective mechanisms are in place to counter the actual power of national and international big capital. Although the political left and social protest movements are making important gains at the ballot box (executive and legislative power), judicial power (almost always conservative) typically presents a significant obstacle. Likewise bureaucracy, especially at the highest levels, as both judicial power and bureaucracy are designed to protect the interests of the ruling class.

A populist government cannot move forward while ignoring this reality. Of particular interest is the role of the military, police and security forces. They are always the ones to preserve the “existing order” when popular forces manage to get a foothold and attempt to fulfil their objectives for reform.

It is essential that progressive governments press forward with far-reaching reform of these institutions, so that they can be used as a tool of, rather than an obstacle to, reform. 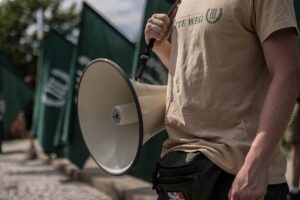 Yet this is not enough. It once again becomes apparent that being in government does not equate to holding true power: even with a favourable governmental apparatus, progressive governments are up against the enormous and decisive power wielded by the big national and international landowners who, as the main beneficiaries of the current status quo, will be the main target of reforms.

The underdevelopment, poverty and enormous inequality evident in Latin America and the Caribbean are rooted, first and foremost, in the issues of ownership of land, natural resources, industry, the financial system, business and services. The main levers of the economy belong to the national and international grande bourgeoisie, which also enjoys the political and social backing of the middle classes and small landowners, and even the poor and marginalised sectors of society. The latter have little or no political awareness and are an easy target for the traditional bourgeois parties and newly formed parties on the far right (Creole fascism).

The ruling class uses its control of the economy to hinder progressive government measures, in some cases using the legislation in force (which has been carefully drafted to protect property) but not to the exclusion of openly illegal means.

For example, it drastically reduces or suspends production due to alleged difficulties that may or may not exist, it withdraws production and essential services from the market and so on to provoke mass shortages, not to mention modern electronic warfare and other similar methods that directly impact the daily lives of the population.

New authorities are left with no alternative but to robustly apply the law and mobilise their social base to neutralise the actions of the right. Either the big landowners must come under public control, or the State must possess, in the name of the people, the main economic levers – both opposing alternatives to neoliberalism.

Agrarian reform, for example, must have adequate legislative support and bring about forms of popular power, mobilising farmers to organise to stop the sabotage by traditional and modern big landowners.

Yet it is almost impossible for the authorities to advance reforms if they lack the effective support of the public security forces, which are needed to neutralise private armed action by the big landowners (as is so common in this region). Without the backing of some of the barracks in their base, it is highly unlikely that land reform will succeed. Having the government, the law and rights on your side does little to neutralise the real power exercised by the landowners, big agro-industrial and logging companies, modern mining companies and businesses in general that decide the destiny of the natural resources and the destiny of the rural masses.

Combatting national and international big capital in industry, business and services also requires legal weapons that allow the authorities to neutralise the well-known shortage campaigns, sabotage, deliberate shutdowns and monopolisation that seek to paralyse the economy and then place the blame for the ensuing chaos on the reformist government. Strong social mobilisation and significant advances in public enterprise in all sectors of the economy are also required. 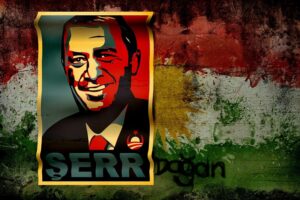 In effect, the power of capital can be neutralised or at least moderated in three ways: strengthening public enterprise as much as possible so that the government controls the main levers of the economy; markedly raising levels of political awareness and organisation among the social base; and seeking alliances with Creole medium and small landowners.

Big capital can manipulate the financial, credit and banking system in its favour; it can control the international market in a plethora of ways; and of course, there are many ways it can militarily attack rebel governments trying to defend national interests.

Faced with this challenge, nationalist and progressive forces fortunately have the alternative of building alliances through regional integration and, above all, of making the most of the existing contradictions among the major powers by building new relationships in the global market, particularly an alliance with China.

For progressive forces in Latin America and the Caribbean, the challenge of government is being clear that government and power are not the same thing. 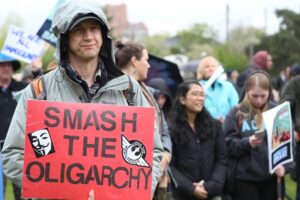 They must begin by remodelling the State (the armed forces in particular), advancing the political organisation and education of their citizens, convincing local businesses of the advantages of a new protectionism, and rebuilding alliances in the international arena. In this way, each country can achieve greater autonomy as a result of regional integration and alliances with new partners, although this may not please Washington.