Over the course of the Second World War, Spain remained officially neutral or ‘non-belligerent’ as it declared itself in 1940, despite the ideological affinity of Franco’s Catholic-military dictatorship with the fascist regimes in Germany and Italy. 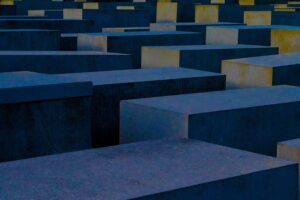 This affinity had been made obvious as early as 1937 when both countries assisted Franco in the aerial bombardment of Guernica.

After the civil war, however, Spain was militarily depleted and ‘neutrality’ was the best option.

This did not make Franco’s supporters any less supportive of fascism and one of the sections in “Spain, the Second World War and the Holocaust” is devoted to the Blue Division, the Spanish force that joined the Nazis in their assault on Russia. The other eight sections in this collection of essays constitute the interdisciplinary nature of what is an essential reference book for Spain’s different roles during the war.

The contributors come from the fields of history, literature, cultural studies, politics, sociology and film studies and together they convey the complex and often contradictory nature of Spanish involvement in the world war. This becomes particularly acute when considering the fate of Europe’s Jewish population, including the Sephardim (Jews descended from the Iberian Jewish community expelled in 1492).

Some 80,000 refugees fled from the Nazis to Spain, of which at least 15,000 were Jews, and a number of Spanish diplomats, acting independently, provided protection for Jews, famously so in Hungary.

Spain has been naturally keen to present itself as a rescuer of Jews but the six essays in the book on this topic reveal a more nuanced understanding of what unfolded.

Another section examines the struggles of Spanish Republicans who were deported to Nazi camps and draws on personal histories of two Ravensbruck survivors, the less well known testimony of Jose Lopez who was incarcerated at Neuengamme and the fate of the seven thousand Spaniards sent to Mauthausen (60% of whom died there).

The undeserved reputation that Franco has for helping Jews also comes into the book’s Propaganda section.

It looks at the antisemitic propaganda that circulated in Spain -Catholic organizations and the Catholic Church, in control of schools, promoted the use of antisemitic textbooks and Spanish stories from the Middle Ages about the blood libel– while, after the war, the regime tried to exploit the myth that Spain had rescued Jewish refugees.

The penultimate section examines the continuing influence of the Holocaust on Spanish and Ladino poets, filmmakers and writers.

The six essays dealing with this artistic dimension are followed by the book’s final contribution, a joint contribution by Alejandro Baer and Natan Sznaider entitled Between “No Pasaran” and “Nunca mas”. 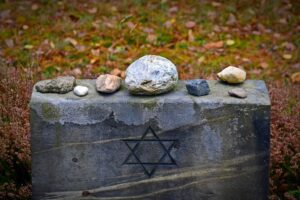 They show how Holocaust awareness has informed contemporary civil society in Spain  about the memories of extreme violence and different ways to situate Francoist crimes.

“Spain, the Second World War and the Holocaust: history and representation”, edited by Sara J. Brenneis and Gina Herrmann, is published by University of Toronto Press.