It is 2014. As a champion of immigrants’ rights and a committed feminist and activist Gabriela thinks Latin American unification is important though having a critical vision about those processes already underway its vital to ensure its success.

Born in Venezuela she first completed a course in sociology and then did a masters focusing on human rights in the Institute of Commonwealth Studies at the University of London.

Then she undertakook doctoral studies at the University of Nottingham.

Her path as an activist goes way back, since as a youth she was involved in projects and jobs aimed at standing up for people, which gives her a deep understanding of what is going on in her country and in the UK : above all in issues related to the problems facing women and women’s rights as well as immigrants’ employment rights. Part of her long academic and personal training took place at theCentre for Social Research CISOR in Venezuela. And it was after graduating and in line with her desire to get to know other parts of the world and experience different cultures that she decided to travel to an English speaking country.

Hence, she arrived in London in 2005, and though she didn’t think she would stay for long, in the end she decided to settle.

She began working as a nanny, looking after eldery people, cleaning and making soup in a kitchen and she only started working in her chosen profession shortly after she ended her masters.

As a staunch champion of immigrants’ rights and her identity, she highlights the importance of the role of women as committed activists as well as the great potential that Latin Americans have in the different spaces they can access. 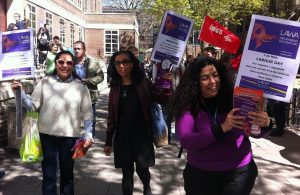 With this in mind she champions the role of diversity in understanding peoples’ differences and the need to find ways of working which genuinely promote greater activism among women.

Currently on the board of the organisation Latin American Women’s Aid (LAWA) and volunteer in other organisations focused on immigrants’ rights Gabriela Quevedo spoke with The Prisma.

What areas of work are you involved in at the moment?

At the moment I have two priorities. The first is bound up with my doctoral thesis, which is a study about the life stories of Latin-American union activists in London..

When time allows, as an activist I remain engaged to this area of work through the Coalition of Latin Americans in the UK (CLAUk), as one of the priority themes in CLAUK is the area of labour rights.

My other interest is the topic of women’s rights: I have been on the board of the organisation Latin American Woman’s Aid for two and a half years. I ‘discovered myself’ whilst working with these women on feminism and Latin American identity.

Activism requires time and sacrifice. Is it more difficult to be an activist for a woman than a man?

In general we women face many systemic disadvantages regarding genuine access to public spaces and work, and this includes activism. This is because women are traditionally associated with certain roles. 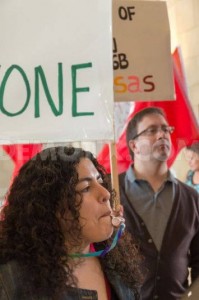 However, the large majority of the best and most committed activists are women.But it is indeed truth that, unfortunately, not all spaces promote women’s engagement. This is why we should always bear in mind the gender perspective, so that our ways of working really facilitate women’s participation.

Is the role of the Latin American woman in England improving?

In some ways yes but this is not universally the case. We Latin American women are not a homogeneous group, we can be quite different depending on the country we come from, our socio-economic situation and the opportunities we have enjoyed, etc. Depending on this it will be more or less difficult when we arrive in the country.

In general I do indeed think migration opens some doors which pave the way ahead for everyone to think differently once outside of our respective cultures. However simply coming here does not necessarily open up all the doors.

What is your perception of the Latin American community in London?

There is a lot of potential. In particular over the last few years a rather significant effort has been made to build networks across different organisations.

On the one hand, we have the more ‘grassroots’ organisations, usually run by volunteers (this is hard work and quite tricky to sustain, but very important). On the other hand we have those organisations that are financed, which brings up a different work dynamic. And then we also have Latin Americans that who belong to non-Latin American associations which carry out activism in related areas.

I think there has been an interesting movement in this country for some time now. Latin American migration to the UK is young and we have to mature a little to gain the same level of visibility as other more established ethnic minorities. In every community there are going to be differences but this need not necessarily be a problem. 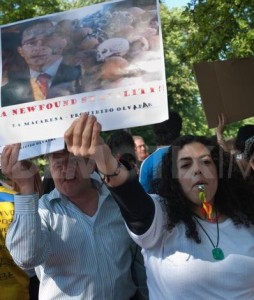 Is it as united as it appears?

I don’t think you have to believe in a romantic idea of unity. I think you have to believe in diversity and understand that on the back of our differences we set our sights in the same direction. There are many issues to champion and there is some need for coherent direction. That doesn’t necessarily mean monolithic unity because I don’t think this is possible but I do mean a focused direction bringing together the various forums. But for this to work we must not forget where we come from.

Sometimes we make the mistake of overvaluing so-called integration. This doesn’t mean we shouldn’t forge ties with various communities, or with the British, but it does mean we must clearly understand that we are different and that we are not European. This is very important from the socio-political perspective as well as for our sense of identity.

During your time in the country have you witnessed progress regarding Latin American integration?

We are perfectly capable of thriving whatever the challenge presented us. When offered a genuine opportunity we Latin Americans tend on the whole to thrive. We have a lot to offer this culture and any other you care to mention. In my opinion, when Latin Americans go to other spaces, our perspective becomes really valuable when we manage to put across the point of view of the ‘global south’, in lack of a better term. It is essential to have different voices and for these to be heard.

What role does education play in integration?

Education is extremely important for integration. When you think about second generation Latin Americans it is important that we are not only educated regarding the English world, but also in our own roots, so that we do not forget them. Latin American youths who are to be raised here should understand their role in British society but should also be aware of where they come from.

This helps with forming their identity and once this is solidly laid down you can enter British society or any other for that matter with a clear vision of who you are.

Even so trying to create opportunities for access to education is tricky.

University fees have risen steeply even for British citizens. And this is serious because it places in jeopardy genuine mechanisms for people’s integration and development.

This is a struggle which as immigrants we must join.

Do you think Bolivarian policies are good for Latin American countries?

My view is that the continent needed to make a step forward politically and at a global scale.

The process which began in Venezuela and then continued in other countries was necessary, ideologically speaking.

There are specific problems facing people which remain unresolved and other problems have only just been resolved for the first time whilst platforms have been created to give a voice to those who have never been able to participate.

From a global perspective Latin America has to succeed in joining together as one. It is a matter of urgency that we are seen as a geopolitical unit which is moving in the same direction. In terms of how these processes are taking place, one needs to look at them with a critical eye con a case by case basis, and analysing it in a more honest light so as to highlight the downsides as well as the upsides.

I always refuse to talk in terms of extremes concerning Venezuela’s situation because these kinds of extreme opinions have caused a lot of problems in the country, it does not help debate and distorts the reality of the situation. However, what we Venezuelans want is peace, independence and sovereignty. And it is tricky to achieve this sovereignty in a global world dominated by axes of power established in the north. But of course the picture is much more complex. Even so the important thing is to see what will produce the best possible outcome for the majority of Venezuelans and Latin Americans.

Do you think that immigrants should enjoy free movement between countries?

Of course. Borders are the artificial brainchilds of the planet’s powerful and the systems which reign supreme upon it.

Freedom of movement is closely linked to the geopolitical power of your country of origin. We tend to think this is ‘normal’. But it is not normal, it is deeply unfair. In the end I believe that the right to free and uninhibited movement should be an absolute priority.

And even though one could understand that each region has a right to look after their interests, what we cannot keep reproducing is a world system so unequal and excluding. This is why there is still a lot to be said about the subject of migration.