Raped in the fields, in the bushes or in their own homes. Many of them getting pregnant by the soldiers. The armed conflict has allowed the systematic abuse of almost 5,000 rural women in Peru. But they lost their fear to relive and recount their painful experiences. 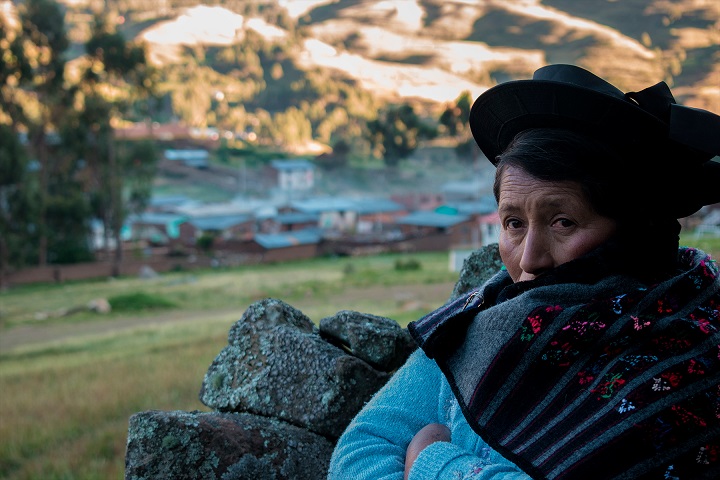 One night in 1984, an armed soldier knocked on Magda’s door and took her to the military base in the town of Manta.

On the way, he pushed her to the ground and raped her.

When he was finished, he asked her to be his “lover”.

For a year she was repeatedly raped, but she never said anything because she was afraid of the soldier and stigmatisation by the population and her own family.

At the time, Peru was in the midst of an internal conflict with the armed group Sendero Luminoso. And according to data estimated in December 2020 by the Registro Unico de Victimas de la Violencia de Peru, RUV (Peruvian Registry of Victims of Violence), Magda is one of the 4,751 women who were victims of rape during the armed conflict between 1980 and 2000.

Tired of hiding for more than 30 years, Magda decided to break the silence, and together with four friends, returned to Manta to relive and recount her experiences, each one of them. 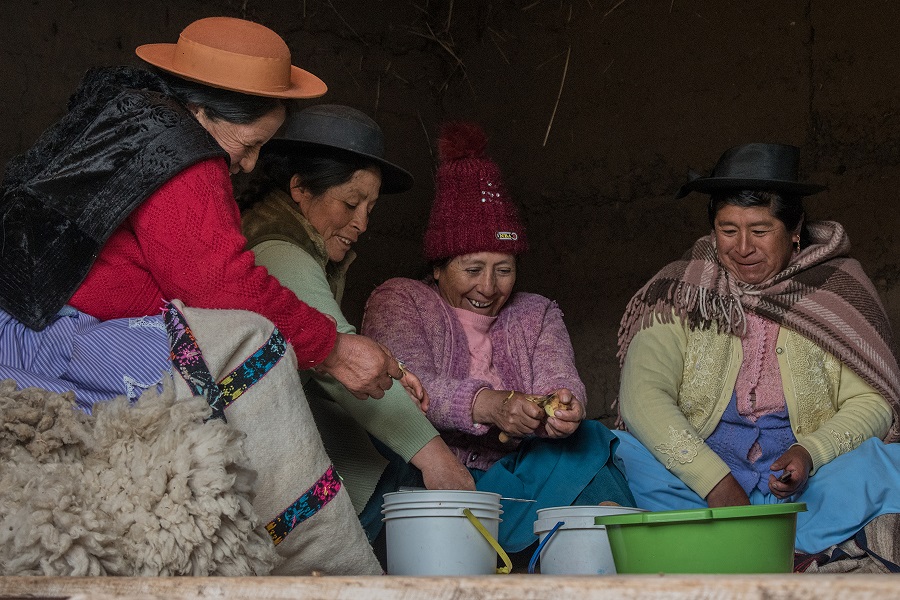 nd it was the Peruvian Patricia Wiesse Risso, who was in charge of compiling their stories in the documentary “Mujer de soldado” (Soldier’s woman), which she directed and presented in March this year at the Human Rights Watch Film Festival in London.

Patricia, who has been working on the issue for 15 years, spoke to The Prisma about the documentary, the stigmatisation of rural women and the abuses they face.

Why Magda and her friends?

Because trust developed with them during the meetings in Lima in preparation for the trial. I saw that Magda was one step ahead, she was the leader. And when I won the first cultural award to make the documentary, I was able to travel to interview them in depth.

Their stories are incredible. They went to the city of Huancayo after the rapes. They could not stand the atmosphere in Manta and the way people treated them. The people and their families said they were the soldiers’ sweethearts.

What does an abused woman face in rural areas?

First, they have to face the population and their own family.

These populations were first affected by Sendero Luminoso, the group that took up arms.

They tried to capture the population and killed the authorities and members of the community.

Then the military arrived, set up their bases and began to consider everyone as terrorists, arresting people and disappearing them.

So, the population feels that both the Shining Path and the military have destroyed their lives and they hate both of them.

That resentment has turned into family violence and division within the communities.

These girls were raped by the military when they were 16 and 17 years old and then stigmatized by the population. Because they hated the military they think they were with the others (the guerrillas). Something that is totally false.

But that patriarchal system and machismo meant that in cases like Magda’s, her own mother made the man who raped her sign a document saying that he would return when he finished his military service, recognize her son and marry her.

That was the way the families had as a way to restore dignity and order.

It was very hard for them. As soon as they arrived the people started to gather in groups and talk.

They walked and made comments as they passed. They would say, for example, “that dog going by is so ugly”. 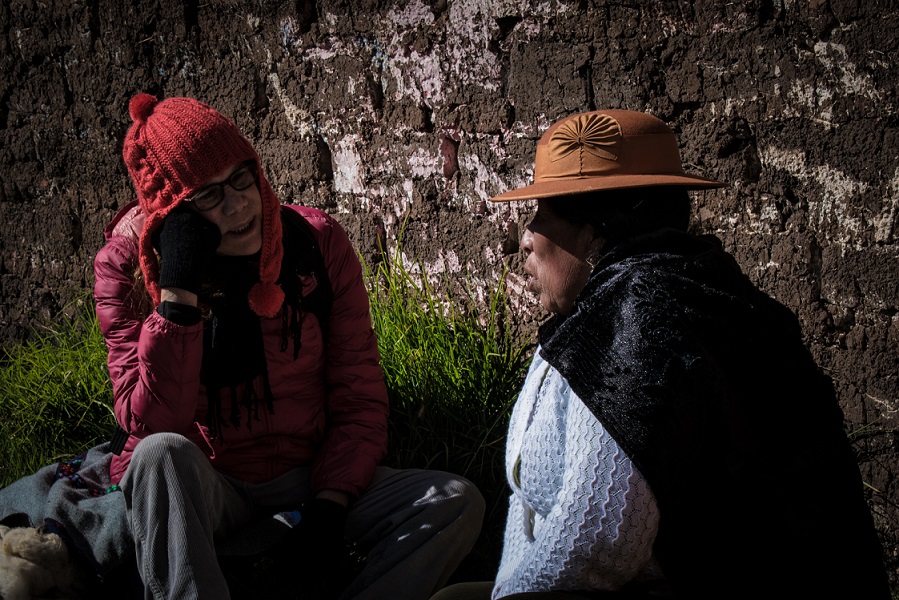 They would also turn up the music when we were filming and said that terrorists had arrived. We had to call officials from the Ministry of Culture of Huancavelica, the provincial capital, to explain that it was a funded film project.

In addition, the production company had travelled twice before to Manta to talk to the president of the community and the mayor, and we had made a donation of barrels of drinking water.

We tried to establish a good relationship beforehand, but I felt that one more day of filming and we would be out of there.

They told you that you were a terrorist to keep you under subjugation.

When Sendero Luminoso entered Manta, they went looking for young leaders. In Magda’s case, she had always excelled in school. 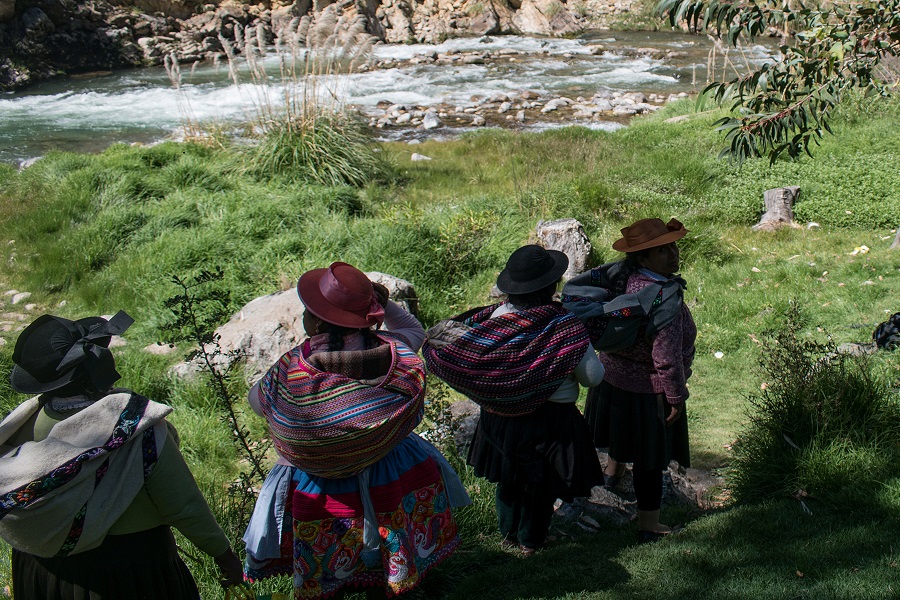 So, when she was around the age of 16, they kidnapped her and took her to their camps. But she escaped and went to Lima to live with her grandfather.

For a year she worked as a maid until she found out that the military had entered Manta.

So, she decided to return. But only two days after arriving, the military took her to the military base and tortured her for the first time.

They interrogated her and fired shots twice beside her ear. They left her half deaf to scare her and released her the next day. They put her in jail, accused of terrorism, on two occasions just because someone had told them that Sendero Luminoso had kidnapped her.

What was the judicial process in these cases?

When the Truth Commission first came to Manta in 2003, the Legal Defence Institute offered to accompany Magda and her friends.

With her, the process began with the search for the soldier who abused her and who had given her the wrong surname.

When the abuses took place, these soldiers were 18 years old, sons of poor peasants, who were compulsorily recruited. 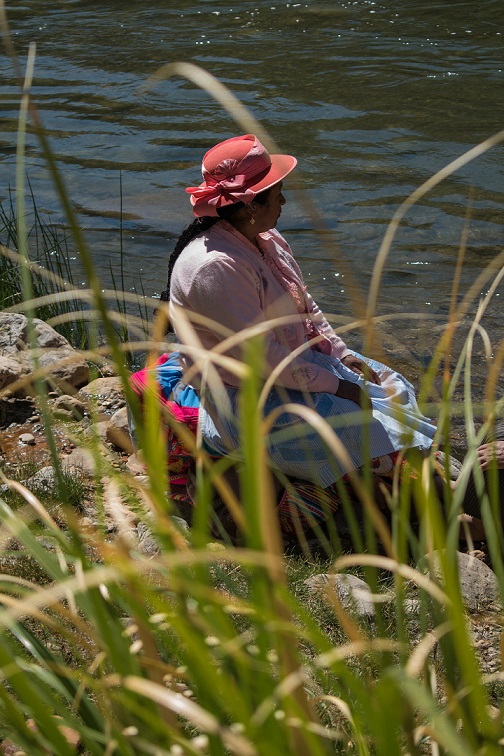 They arrived at the bases and the generals gave them instructions and a weapon. There you see the transformation and how war animalises people.

And these young men, from areas similar to those of the abused women, are the ones who end up raping them.

This soldier who abused Magda lived in a village near Huancavelica. When they found him, they explained to him that he had to go to the Public Prosecutor’s Office where he said in his testimony that they were in love.

Then the investigation by the Huancavelica Prosecutor’s Office begins and the file is passed on to the judiciary, which determines whether further investigation is necessary and whether it can go to trial or not. In this case, the nine cases have been grouped together to make it stronger and more forceful. It is called the “Manta and Vilca” case. Vilca is the village next door that also suffered these type of abuses.

What are the charges?

Their defence is arguing that during the period of violence in the country, they had this strategy of using women’s bodies as spoils of war. This was repeated in different areas, which meets the characteristics of a crime against humanity committed by the twelve accused soldiers.

The first trial that took place in 2016 was annulled because the women’ defence considered that the three judges were not being impartial and were siding with the Ministry of Defence. In addition, the judge later became embroiled in a corruption case.

The retrial started in 2019, but everything stopped with the pandemic. 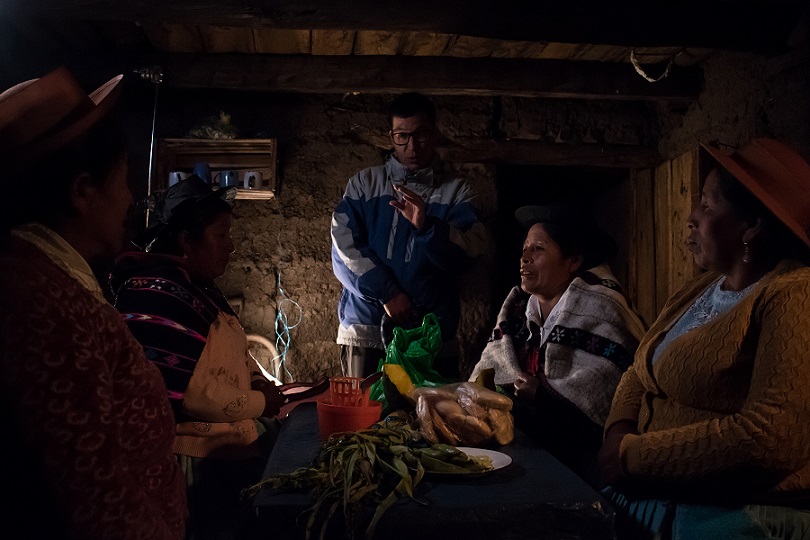 Recently the trial has resumed by zoom, which is also terrible for them because they are not used to a computer and have no psychological support.

Has there been an attempt to silence this case?

After the Truth Commission, there is supposed to have been a general reflection in the country about what happened, but it is all empty talk. The Peruvian Ministry of Defence has not helped at all, on the contrary, it protects these soldiers.

And in all the human rights cases in the country, they say that the files have been burned. That’s why many cases have remained in the preliminary phase.

The first ten years of the war did not exist for city people. The peasants were and are invisible. They only became aware of it when the bombing started in Lima. This is still the case today.

If it were a trial of middle-class women from the capital, it would be a scandal. But because they are rural, Quechua-speaking, poor women, they are considered fifth class. 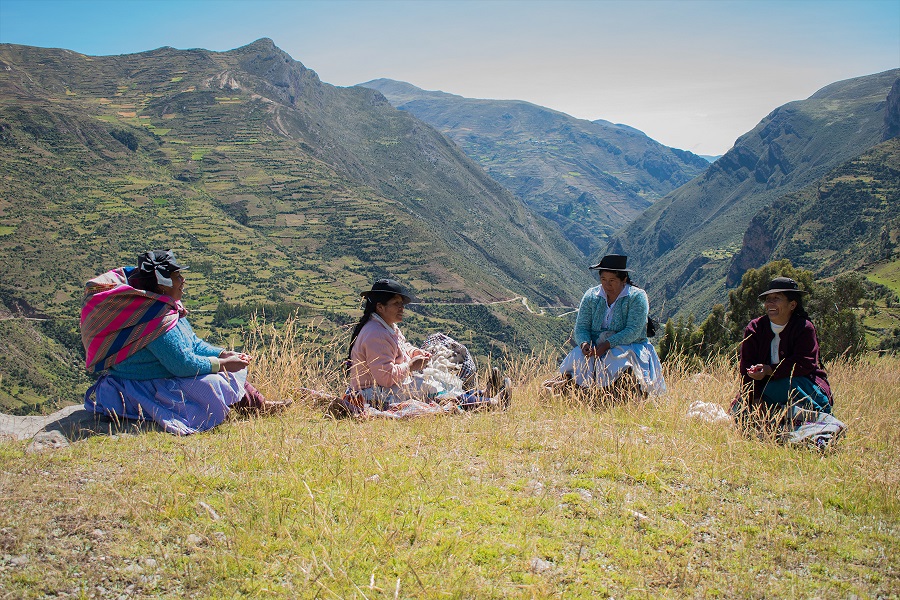 What impact will the trial have?

It will set a precedent.

It is the first trial in Peru on rape against women.

But in terms of impact on public opinion, I have my doubts. Peru has a very stratified, racist and discriminatory society.

What is the aim of the trial?

Financial compensation is being considered, but I see this as difficult because there are many judicial strategies to make it drag on. And of course, they are looking for a strong sentence.

But they and I see it more as a moral compensation to say: “You give me back my dignity and I will go back to Manta, and tell everyone I am innocent and that trial proves it”.